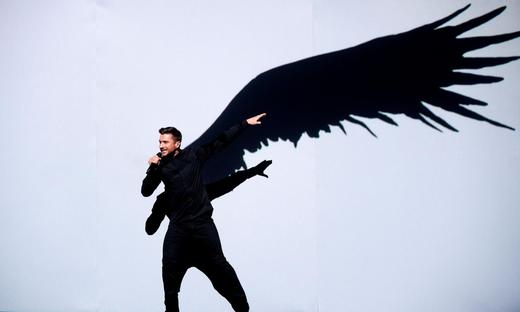 Opposition leader Alexei Navalny, along with staff from his Anti-Corruption Foundation FBK, was detained for an hour by police on the border of Krasnodar and questioned to check for links to Islamic State. RosBusinessConsulting (RBC), Russia’s biggest independent media holding, lost several of its senior managers last week, who resigned with only vague hints at ‘certain important questions’; the loss is thought to be the result of pressure from the authorities, following raids last month.  Meanwhile, from the perspective of Sputnik, the Kremlin’s most recently created news website, Russia is saving the world from total war.  The Moscow Times interviews Andrei Barabanov, who was violently arrested and imprisoned for 3 years and seven months for participating in a protest rally on Bolotnaya Square in Moscow following the disputed parliamentary elections in 2012.  The Washington Post spoke to Ella Pamfilova, formerly Putin’s human rights ombudsman and now the new head of the Central Elections Commission; she says she is proof that the Kremlin now wants fair and open elections, because if they didn’t ‘they would never choose a person like me’.

Russia took its Eurovision defeat last night extremely badly, with officials and state-run media suggesting a variety of conspiracy theories to explain how Ukraine was able to win, despite the Russian candidate winning the popular vote, and calling for a boycott of the event next year.  Accusations that the winning song is ‘politicised’ were not incorrect, notes Mary Dejevsky; the song is about a woman deported from Crimea by Stalin in 1944.  In case you were wondering why Eurovision is such a big deal for Russia, the BBC explains.  The Foreign Ministry says Kiev is doing everything it can to sabotage the Minsk Agreements.  Sports Minister Vitaly Mutko says Russia is ‘very sorry’ about its athletes who violated doping regulations, and pleaded that Russia be allowed to compete in the 2016 Rio Olympics.

This article compares and contrasts Vladimir Putin’s approach to corruption with that of his Chinese counterpart, Xi Jinping, and considers some possible reasons for Putin’s reticence. ‘Correlation is not causation, but in the wake of Crimea’s annexation, the number of Russians who believed that corruption was increasing plummeted to 30 percent, from 50 percent.’  A graffiti image in Vilnius, depicting Donald Trump and Vladimir Putin kissing, is turning more than a few heads.

PHOTO: Sergey Lazarev representing Russia performs with the song “You Are The Only One”, May 15, 2016 (TT News Agency/Maja Suslin/via REUTERS)