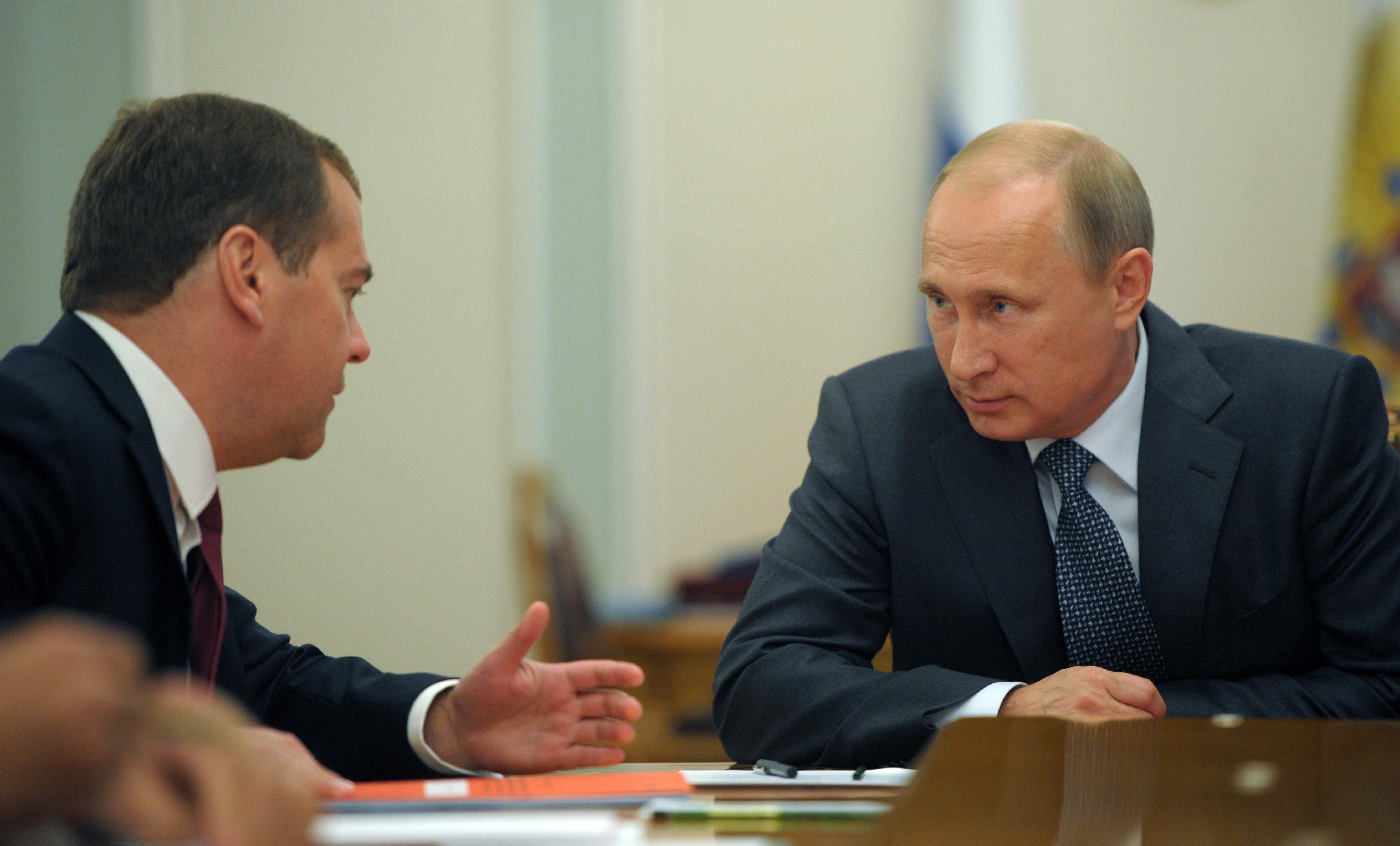 The ruble hit a new record low against the dollar yesterday, of 38 rubles per dollar: partly due to a corresponding two-year low in oil prices, as well as a new round of Western sanctions against Russia.  Thanks to Washington’s banning Western companies from working with Russia’s oil giants, Gazprom Neft may require alternative equipment providers in order to meet production targets at its Prirazlomnoye oil field in the Arctic.  Western service firms Halliburton and Schlumberger are also likely to lose a combined $4 billion in revenue fro the restrictions.  Prime Minister Dmitry Medvedev says the sanctions are a test of Russia’s strength, and urged officials ‘not to succumb to the temptation of easy solutions’.  Finance Minister Anton Siluanov says Russia will create a multi-billion-dollar fund next year to support companies hit by sanctions; part of the money will come from the 100 billion rubles left over from this year’s budget.  Crimea is seeking $2.1 billion from Moscow for new investment projects.  Ksenia Batanova, the chief producer at independent and occasionally oppositionist television channel Dozhd (Rain), has been attacked and robbed near her apartment building.

As initially estimated, United Russia won 28 of the 30 gubernatorial seats that were available in the weekend’s elections; Communist candidates scooped an extra three new seats in the Moscow City Duma.  United Russia is also heading for victory in the Crimean polls.  Alexander Lebedev’s Moscow-based bank was raided by police again, sparking suspicion of a personal attack.  The telecommunications watchdog has a new system in place which will identify bloggers by their email addresses – supposedly to counteract spam accounts.  Over 200,000 accounts at the social networking site Vkontakte have been blocked in order to protect the leakage of members’ personal data following a hack.

Thanks to a legal loophole, Russia’s ruling classes are using the English courts to protect potentially corrupt gains, says Robert Amsterdam.  Pussy Riot members Maria Alyokhina and Nadezhda Tolokonnikova told an audience at Harvard University that they encountered support during their time in prison, sometimes in the form of staff.