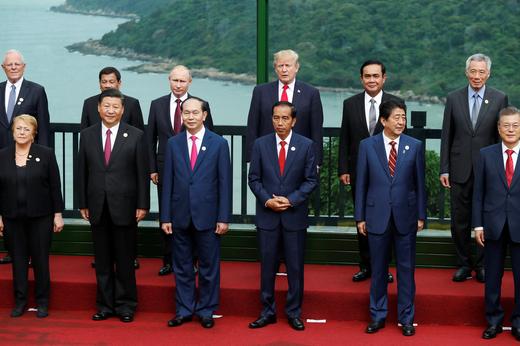 Foreign Minister Sergei Lavrov accused the west of “having nothing better to do” than force Russian media units to declare themselves as “foreign agents”. But the State Duma swiftly passed a new law yesterday allowing Russian authorities to immediately and symmetrically respond and designate all foreign media outlets to be foreign agents if they are funded from abroad. RFE/RL spoke to some Russian citizens about the new law. “Foreign agents are our friends,” said one. Amnesty International condemned the Duma’s measures as “repressive legislation” designed to put a negative spin on independently funded media, and accused the Kremlin of having a “stranglehold” on the press. It was ridiculous of the US to force RT to register as a foreign agent in the first place, argues Leonid Bershidsky, pointing out that the media company’s US budget is “laughably tiny”, and that it has triggered a disproportionate response. Human rights ombudsman Mikhail Fedotov says Russia’s retaliatory law is poorly written and “won’t even work”. Russia has done everything in its power to have RUSADA, its anti-doping agency, reinstated; WADA will review the case this week.

Washington’s decision to allocate $4.6 billion of next year’s defence budget towards dealing with Moscow’s alleged expansion towards Europe is the peak of anti-Russian hysteria, according to Duma lawmaker Leonid Slutsky. The head of German foreign intelligence says Russia should be seen as a potential danger in Europe, and not a partner. Russia and Venezuela have agreed on the restructuring of $3.15 billion of the latter’s foreign debt, spreading out repayments over a decade, which will allow it “to sidestep major western creditors”; Russia has been providing debt relief to Venezuela for some years. The percentage of Russia’s oil produced in the Arctic will be around 26% by 2035. Transparency International found that at least 1 in 3 Russians has paid a bribe for public services in the past year.

Human Rights Watch reports on how 23-year-old Ksenia Pakhomova, who was the head of Alexei Navalny’s regional campaign office in Kemerovo, was treated as a result of her professional involvement with the opposition leader, including the harassment of her family and boyfriend. Native Komi language classes will no longer be cut following a reversal of the earlier decision by the region’s leader. Stalingrad, 75 years on.

PHOTO: Leaders pose during the family photo session at the APEC Summit in Danang, Vietnam November 11, 2017. (JORGE SILVA via REUTERS)