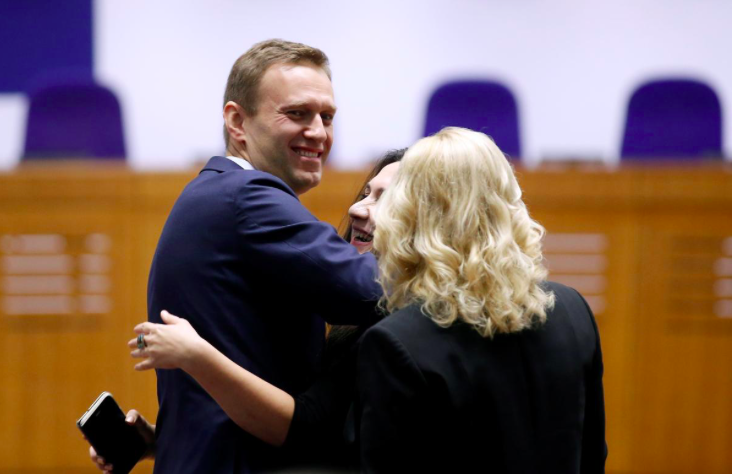 The European Court of Human Rights ruled that opposition leader Alexei Navalny’s seven arrests between 2012 and 2014 were politically motivated and aimed at suppressing political pluralism. The ruling is significant because of its invocation of Article 18, a rarely used article, designed to prevent totalitarianism, and which applies specifically to the abuse of state power with regard to political opponents. The ECHR has only ever satisfied 5 of 200 past lawsuits claiming Article 18 violations. The Justice Ministry apparently confirmed that it would pay the $72,000 that Navalny was awarded in damages. The court also recommended that Moscow work to uphold the right to peaceful assembly. Leonid Slutsky, the chairman of the Duma’s international affairs committee, accused the ECHR of being “a tool to pressure our country”.

President Vladimir Putin says Moscow is content with the current lower oil price, which is still significantly higher than its budget projections for the year, but is ready nonetheless to cooperate with Saudi Arabia in cutting production. He said that the oil price was one of the topics of discussion when he chatted with US counterpart Donald Trump in Paris last week. Armenia’s national gas distribution company, which is owned by Gazprom, stands accused of evading millions of dollars worth of taxes. As part of their attempts to resolve a long-standing row over disputed territory, Japanese Prime Minister Shinzo Abe promised Putin that no US military bases would appear on the Kuril Islands if they are handed back to Japan. The Federal Anti-Monopoly Service was hacked this week, with simultaneous attacks on dozens of banks.

Maria Butina, the jailed Russian student accused of spying in the US, has asked for the charges against her to be dismissed. Four prison guards in Chelyabinsk have been sentenced for beating an inmate to death. This piece argues that the resignation of Meduza editor Ivan Kolpakov heralds the beginning of a new era. Chechen leader Ramzan Kadyrov used the brief moment during which his Instagram account was unlocked to post an ode to his gun.

PHOTO: Russian opposition leader Alexei Navalny reacts with his lawyers after the judgment regarding his case against Russia at the European court of Human Rights in Strasbourg, France, November 15, 2018. REUTERS/Vincent Kessler