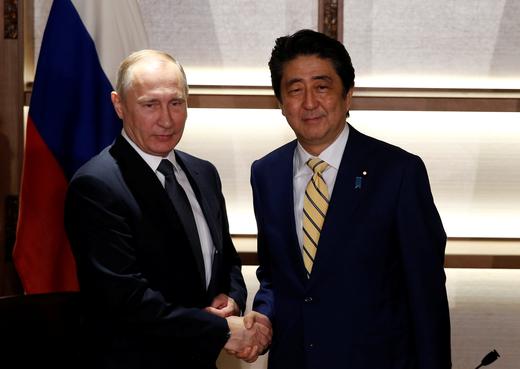 The European Union agreed to extend its economic sanctions against Russia until the middle of next year, despite some members wanting a 12-month extension.  After the White House took its greatest step towards explicitly implicating Russian interference in the US presidential election result (falling short of a direct accusation), President Barack Obama said that the US needs to and will take action against Russia for its hand in influencing the result, and that he has already forewarned President Vladimir Putin of his intentions. ‘Some of it may be explicit and publicised. Some of it may not be,’ he said.  The Kremlin still denies involvement. WikiLeaks founder Julian Assange says that ‘some’ of the leaked Democratic party emails may have come from Russia, but from different sources, and certainly not government ones.  US Senator Elizabeth Warren wants concerns about Russian hacking to go beyond partisanship.  The second day of talks between Japanese Prime Minister Shinzo Abe and Russian President Vladimir Putin have produced little headway on the Kuril Islands dispute, but the two have agreed that they will sign nearly $2.5 billion worth of economic deals.  Russian stock funds are recovering on the back of news of Trump’s intention to appoint ExxonMobil head Rex Tillerson as Secretary of State.

Many believe that Alexei Navalny’s plans to run for President will benefit the Kremlin by legitimising the electoral process, but that ‘[t]he idea that Navalny represents some kind of risk for Putin and could provoke a second round, is just a joke.’  Prime Minister Dmitry Medvedev held a televised press conference yesterday, claiming that currently unprecedented defence spending would provide millions of jobs, and praising Donald Trump for his ‘sensible’ ideas.  Russian state television has been hailing the recapture of Aleppo as a victory against terrorism, and broadcasting stories about the evacuation of rebel fighters and their families, ‘rolling pictures of the exodus, portraying a humanitarian act’.  Thousands were evacuated yesterday under the new ceasefire deal.  The US says Russia and its support for Syrian President Bashar al-Assad are to be held responsible for the ongoing bloodshed in Syria.

Russia used its veto to block the UN Security Council from thanking outgoing the Secretary-General for promoting LGBT rights.  FindFace, a new Russian technology that can identify strangers by using their social media pictures, is causing an outcry.