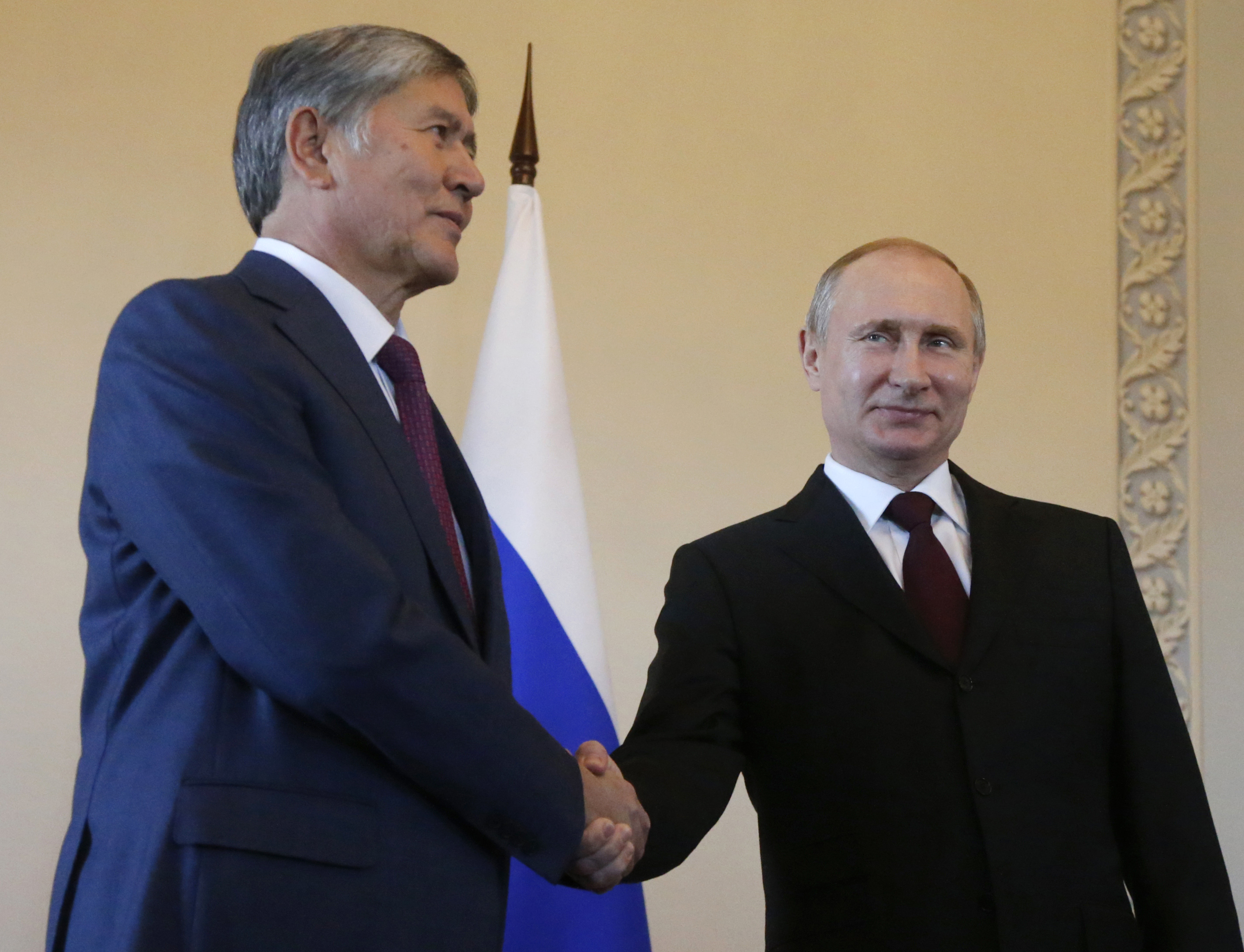 President Vladimir Putin reappeared on the global stage yesterday for his meeting with President Atambayev of Kyrgyzstan in St. Petersburg, quipping that life ‘would be boring without gossip’.  Proving his point, some thought he looked pale, puffy, and sweaty, and that his face had gained weight, while others said he looked like his usual self.  Why didn’t Putin’s absence hurt Russia’s economy? Russia’s investors must have access to inside information. ‘[I]f Putin had been removed in a soft coup, it seems likely that ‘someone’ would have known and tried to play the market.’  Russia is mobilising its entire Northern Fleet today, including 40,000 troops, as part of five days of military exercises ordered by Vladimir Putin.  Yesterday was also the start of a week of celebrations to mark the first anniversary of Russia’s annexation of Crimea, with the opening ceremony broadcast on Russian state television.  Is Putin plotting a move on the strategic Ukrainian port city Mariupol?  The news that Putin had been prepared to bring nuclear weapons into a state of alert last year over tensions in Crimea sends a clear message that Russia ‘won’t give up on Ukraine’, says the Moscow Times.

A lawyer for Zaur Dadayev, the main suspect in the Boris Nemstov case, says his client has an alibi for the night of the murder.  Kommersant newspaper reported that socialite and Kremlin critic Ksenia Sobchak has left Russia over concerns for her safety in the wake of Boris Nemtsov’s death.  Konstantin Dolgov, the Foreign Ministry’s commissioner for human rights, says Europe should not interfere in the cases of Nemtsov or Nadezhda Savchenko: ‘How much more can one tolerate meddling in the operation of bodies of executive power, of the investigators and of the judiciary?’  The New York Times called for an internationally monitored investigation into Nemtsov’s killing, for ‘credibility’.  Boris Berezovsky told investigators that, at the time he was killed, Alexander Litvinenko had been investigating ‘the laundering of a huge amount of money belonging to Putin and Roman Abramovich’.

A Levada Center poll found that 82% of Russians see inflation as the most pressing issue facing the country.  The economic crisis is taking a specific toll on Kaluga, which transformed its economy by drawing foreign investors to build factories, which are now at risk of becoming unprofitable thanks to the looming prospect of recession.  Rosneft is working on a deal to supply one million tons of oil per month to Trafigura, which would make the Swiss trading house the largest exporter of Rosneft’s oil.