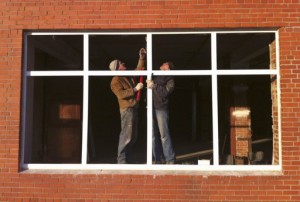 A birthday party outside the Moscow apartment of opposition leader Sergei Udaltsov, currently under house arrest on suspicion of plotting to incite riots, ended in clashes with police and seventeen detentions.  The Interior Ministry says that the embezzlement of over $33 million of state funds has been uncovered at RusHydro.  The controversial posthumous trial of Sergei Magnitsky begins today, and is thought to be ‘the first time in Soviet or Russian history that a defendant has been tried posthumously.’  Investigators are saying that it is too soon to discuss the murder of abducted Lipetsk lawmaker Mikhail Pakhomov, given that his body has not been found.  Russia holds the world’s ninth-worst record for combating crime against journalists, according to a new report by the New York-based Committee to Protect Journalists.

Friday’s explosion of what NASA is calling a 7,000-ton meteor (thought to be the largest since 1908) has brought ‘a sense of cooperation’ to the otherwise troubled region of Chelyabinsk.  Prime Minister Dmitry Medvedev has ordered his deputy, Dmitry Rogozin, to find a way of predicting and preventing such disasters.  Thousands of emergency workers spent the weekend clearing up damage and replacing broken glass, as conspiracy theories began to spread, with Vladimir Zhirinovsky blaming the blast on weapons testing by the United States.  The Economist argues that the ‘irony’ of current Russia-U.S. relations is that ‘the Kremlin’s anti-Americanism reveals not its independence but its reliance on America as an enemy’.  Foreign Minister Sergei Lavrov has discussed with Secretary of State John Kerry the potential holding of a bilateral meeting.

The Moscow Exchange on Friday sold $500 million worth of its own shares in the biggest local exchange IPO since 2007, indicating a total valuation of over $4 billion.  An investor at Verno Capital in Moscow defends the Kremlin’s relationship with foreign business, claiming that it ‘has been quietly carrying out a wholehearted bear hug of western investors and institutions.’

PHOTO: Employees fix the windows of a newly built residential house, which was damaged by a shockwave from a meteorite, in the Urals city of Chelyabinsk February 17, 2013. REUTERS/Olaf Koens