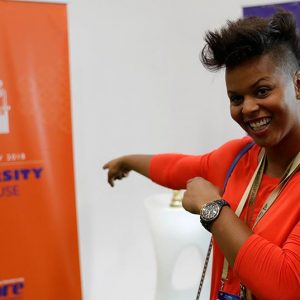 Diversity House, an organisation that campaigns against racism and antigay abuse in sports, has seen one of its “safe places” for the World Cup shut down by the St. Petersburg authorities, before it even opened. The news will do little to alleviate concerns among LGBTQ football fans about what could potentially happen to them when travelling to Russia for the games. The Kremlin has done its utmost to allay concerns about security with reports circulating that $479 million has been spent solely on this purpose. Fears that a Moscow taxi driver mounting a pavement, injuring eight people, was the work of a terrorist have been downplayed. Mark Galeotti notes how sensitive the issue is (a new US travel advisory warns that terrorists may strike World Cup venues) and the potential legacy of current safety measures in this Moscow Times op-ed.

Another unwelcome issue for Russia is the case of jailed Ukrainian film director Oleg Sentsov, who is now on hunger strike in a Russian prison and who was allegedly denied a visit from a Ukrainian ombudswoman on Friday: the US, France, Britain, and 35 other countries have asked UN Secretary-General Antonio Guterres to raise his case during his talks with Russian President Vladimir Putin next week. Although the Central Bank may see its virtues, Vladimir Putin’s spokesman is attempting to distance the President from an unpopular plan to raise the retirement age (to an age which, it has been widely noted, two fifths of Russian men are unlikely to reach). Following the scare of the 2013 elections, when opposition leader Alexei Navalny nearly forced the incumbent Moscow mayor, Sergei Sobyanin, into the second round after clearing a “municipal filter”, it seems that authorities in the capital have cracked down: the mayor’s challengers will not be allowed to clear the municipal filter on Election Day.

According to the Guardian, satellite images show that Russia has made upgrades to its nuclear weapons storage bunker in Kaliningrad, which would indicate a renewed emphasis on nuclear arms in its tangle with NATO. Oil major Rosneft is apparently content with crude trading at $70 to $80 a barrel (a “comfortable level”) as Russia and OPEC gear up for talks which could bring an end to joint supply cuts. New data has revealed that one out of every two unemployed Russians is between the ages of 20 and 34.