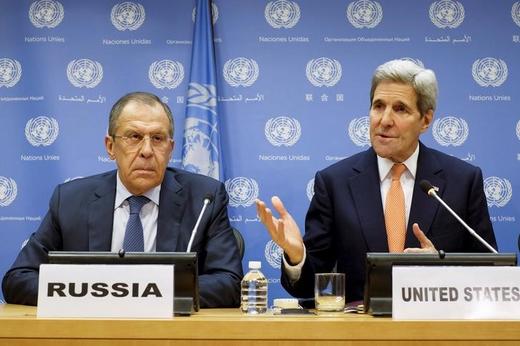 Russia’s military is actually expanding in some areas in Syria and its capabilities are ‘almost identical’ to what they were before the announcement of a troop withdrawal in March, says the Pentagon.  Despite warnings that it would provoke Moscow, the US House Foreign Affairs Committee has approved the Global Magnitsky Human Rights Accountability Act, modeled and named after the Magnitsky Act which punished Russians that were thought to have violated human rights.  Russia’s ‘eye-catching’ new weaponry is stoking fears of a new US-Russia arms race.  A former NATO general has won a fair amount of attention for his new book by speculating in it that, because Russia ‘hardwires nuclear thinking and capability to every aspect of their defence’, nuclear war could be a real risk unless the alliance boosts its military presence in the Baltic states.  The possibility of a second Cold War isn’t a reality, says Reuters, as today’s Russia-US competition ‘lacks [a] clash of ideologies’.  Russia is bearing the brunt of the suspicion after two key telecommunications masts in Sweden were sabotaged.  Russia and the UK are working on reviving the currently ‘deplorable’ state of their relations.

President Vladimir Putin has approved the privatisation of Bashneft, the state oil company which already trades on the stock market. The minimum monthly wage is to be increased by 21% starting in July.  Single-industry towns are expected to lose 16,000 jobs this year collectively due to the financial crisis.  Masha Lipman has a special piece in the New Yorker about the demise of RBC and investigative reporting in Russia in general, starting in 2012 with Kremlin crackdowns on smaller news outlets. ‘There remain other publications whose primary concern is meeting journalistic standards, not fear of displeasing the Kremlin. But each one is deeply vulnerable, and knows this—and the fewer that exist, the more vulnerable they get.’  The Washington Post thinks it was RBC’s coverage of Putin’s daughter and her husband that broke the camel’s back; the FT thinks it was the piece about ‘Putin’s Palace’.

The trial of performance artist Pyotry Pavlensky, who is demanding that his performances be classed as terrorist acts, begins in Moscow today.