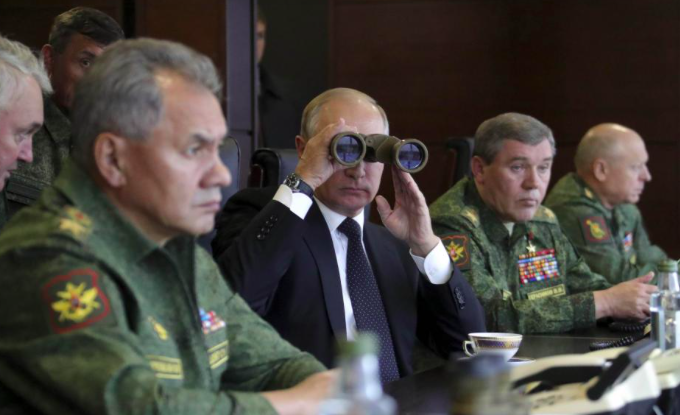 Russia is nearing the end of a week of huge military exercises involving thousands of troops and code-named Zapad (which means “West”), which have caused consternation in the West, particularly for NATO and Ukraine. The Baltic states governments are particularly concerned that the exercises could be used as cover to move hardware into Belarus. Russia insists that the exercises are entirely defensive, and that 13,000 troops are involved (the maximum number allowed before Western observers are permitted to attend), but NATO believes that the numbers are higher. President Vladimir Putin watched the display through binoculars. His spokesman, Dmitry Peskov, said “We reject complaints of these exercises not being transparent. We believe that whipping up hysteria around these exercises is a provocation.” The Central Elections Committee has confirmed the date of next year’s presidential elections as March 18 (the 4-year anniversary of the annexation of Crimea); Putin has not yet announced his widely-expected candidacy. The Moscow Times evaluates the local elections earlier this month, claiming that turnout was directly suppressed by authorities in Moscow in order to keep the vote largely to “the electorate which they more or less control”.

A US engineer with a defence contractor has been sentenced to 5 years in prison for selling satellite information to an undercover FBI agent posing as a Russian spy. It has been revealed that former Russian colonel Stanislav Petrov died earlier this year, aged 77. Petrov is credited with having averted an accidental nuclear world war in 1983, after correctly interpreting a nuclear missile alert at his command centre as a system malfunction. The Defence Ministry has rejected Lithuania’s claims that Russia violated its airspace as political. Moscow is set to unveil a new, 7.5-metre-high statue of AK-47 inventor Mikhail Kalashnikov today.

A volunteer working for opposition leader Alexei Navalny has been sentenced to 2 years in prison for “inciting hatred” on social media after posting in favor of “violent regime change”. Russia will supply 600,000 tonnes of wheat to Venezuela this year, increasing the allyship between the two.