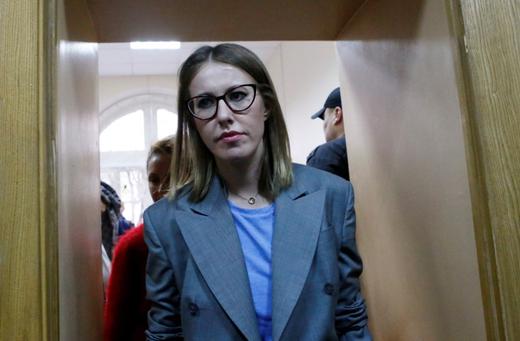 Dubbed “Russia’s Paris Hilton” by some, socialite, journalist, and former reality television host Ksenia Sobchak has announced that she will run in next year’s presidential elections as an “against all” protest candidate. She is the daughter of Anatoly Sobchak, the first democratically-elected mayor of St Petersburg and Vladimir Putin’s ally and former boss. Analysts are calling her the spoiler candidate for the liberal vote, likely backed by the Kremlin, and positioned to split the opposition. The Central Elections Commission has made clear its position that the most prominent opposition candidate, Alexei Navalny, definitively will not be able to run, and Kremlin spokesman Dmitry Peskov says the CEC’s comment leaves “nothing to discuss”. Navalny previously described Sobchak as “the Kremlin’s ideal caricature liberal candidate”. In the letter announcing her candidacy, Sobchak wrote, “You want to show your active position, but your candidate is not authorized to run? You don’t have a candidate? Tick Sobchak. You’re just using a legal and peaceful opportunity to say ‘Enough! I’m fed up with this!’” Political activist Sergei Udaltsov says her candidacy is “too obvious. The Kremlin’s ears stick out for a kilometer”. The Solidarity opposition movement will not support her candidacy.

OPEC is likely to extend its deal to curb oil output, especially in light of Russia’s cooperation with Saudi Aramco and agreement to continue to support the market. Gazprom says it will work with Saudi Aramco in hard-to-recover oil production and on developing hydraulic fracturing technology. Rosneft has signed a $400 million deal with Iraq’s Kurdistan to develop five new oil blocks, despite armed clashes in the region. Gazprom says it has built roughly half of the Power of Siberia natural gas pipeline. This piece argues that contemporary Russian economy is no more integrated into the world economy than its Soviet predecessor was, arguing that without a strong oil price, Russia has no economic drivers. The Guardian pits Russia’s Stalinist history against Armando Iannucci’s satirical film about the dictator.