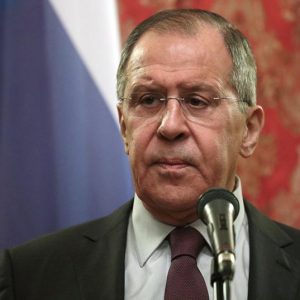 Foreign Minister Sergei Lavrov, who remains confident that there will be no armed confrontation between the U.S. and Russia, has asserted that the U.S. military and its allies had avoided Russian ‘red lines’ in their airstrikes against Syria last week. Lavrov has hinted that Moscow might supply high-precision S-300 air-defense missiles to President Bashar al-Assad following on from Western air strikes which have obviated the ‘moral obligation’ not to do so. Washington has accused Russia and Syria of attempting to ‘sanitize’ the site of a suspected chemical weapons attack in the Syrian town of Douma. The United States has expressed its shock at the death of investigative journalist Maksim Borodinand under mysterious circumstances and has urged the Russian authorities to thoroughly investigate his death, along with noting concerns about how freedom of expression is being limited by the Telegram ban. Was it a fear of cryptocurrency that led to the ban on the popular messaging service? The Washington Post suggests that with the Telegram ban, the Kremlin has truly shot itself in the foot this time.

According to Finance Minister Anton Siluanov, Russia is mulling retaliating against the latest round of U.S. sanctions. As the government pledges to help out tycoons affected by the move, Bloomberg lays out its options for assisting troubled Rusal owner Oleg Derispaska. Leading lenders Sberbank and VTB Group are about to take a major equity stake in Croatia’s biggest retailer, a worrying development for those who have tried to keep Russian economic influence at bay at the edges of the E.U.

Reuters examines how Rosneft’s plans for investment in Kurdish pipelines represents its plans ‘to cement Russia’s political influence in Iraq and the Middle East’. Interviews with former employees and owners of retail spaces suggest that the company behind a shopping mall where a fire killed 64 people had cut corners on security and construction as a result of financial losses.