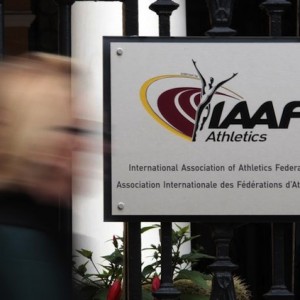 The International Association of Athletics Federations has decided to maintain its ban on Russia’s track and field athletes, meaning that the athletic team will be not be eligible to compete at the summer Olympic Games in Rio de Janeiro.  ‘Nothing will hit Russia like the ban on its athletes taking part in the Rio Olympics – not the US and EU sanctions over Ukraine, not losing the Eurovision song contest, not even their dismissal from the G8’, says the Guardian’s Mary Dejevsky, who warns that as a tactic, isolating the state will not work.  President Putin said at the St Petersburg International Economic Forum that ‘nobody’ wants a new Cold War.  This article notes that the ban calls to mind the 1984 Olympics, when the Soviet Union and other members of the Eastern bloc refused to compete in Los Angeles in retaliation for the Washington-led boycott of the 1980 Moscow games.  The European Union has announced it will extend sanctions imposed on the Crimean peninsula for another year.  President Vladimir Putin has reportedly underplayed their impact and asserted ‘we do not hold a grudge and are ready to meet our European partners halfway’.  He did not, however, show any signs of wanting to remove counter sanctions.

In an unexpected move, German Foreign Minister Frank-Walter Steinmeier has accused NATO of worsening relations with Moscow by its ‘loud saber-rattling and shrill war cries’ (its decision to stage military maneuvers in eastern Europe) and recommended that if there is progress in the peace process, the E.U. should gradually cut back sanctions.  At his appearance at the SPIEG, President Putin described the U.S. missile shield in Eastern Europe a ‘great danger’ and also questioned Washington’s commitment to democracy.  The two sides have nonetheless apparently pledged to improve coordination between their military operations in Syria.

The second day of the forum saw Italian companies sign deals worth more than $1.13 billion with Russian firms in the construction, start-up financing, energy, electricity technology and infrastructure sectors.  Western investors are now, Reuters says, positioning themselves for re-entry into the lucrative Russian market in anticipation of the moment when sanctions are lifted.  VTB chief Andrey Kostin notes a ‘better mood’ at the SPIEG than in the previous year.  Bloomberg examines Putin’s major money making scheme – the privatization of part of oil giant Rosneft.

PHOTO: The headquarters of the IAAF in Monaco, which has upheld a ban against Russia athletes over doping. (Eric Gaillard / Reuters)