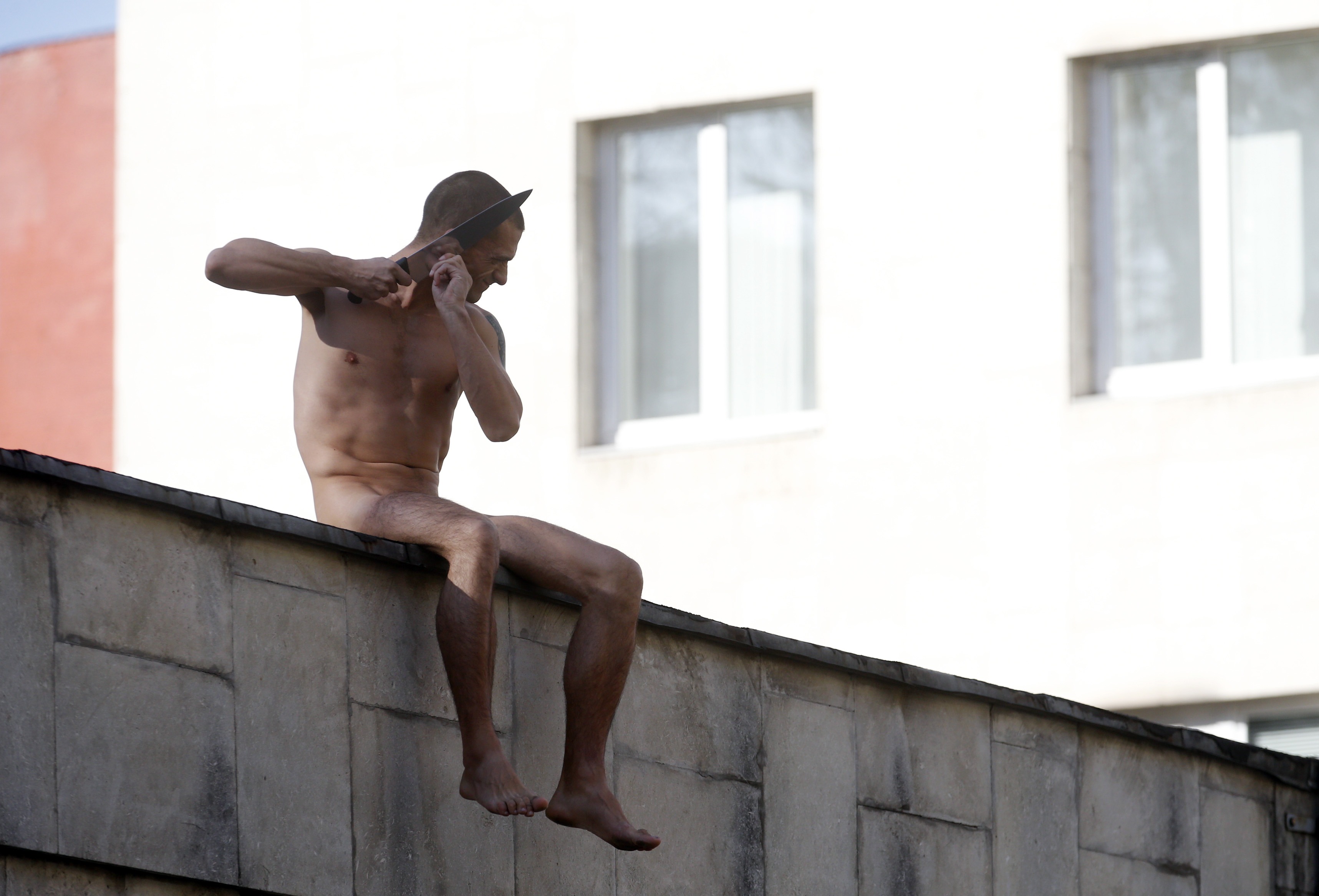 President Vladimir Putin and President Petro Poroshenko reached a preliminary agreement on a gas price for this winter’s supplies to Ukraine, though Naftogaz is currently facing a lack of funds and may require support from the IMF to meet costs.  Putin suggested that Europe ‘can and should lend a hand’ to help Ukraine pay upfront and ensure supplies.  Ukrainian Prime Minister Arseniy Yatsenyuk says his country has saved $500 million by replacing Russian gas supplies with reverse flows from Europe, and that Kiev now has the $1.3 billion needed in order to pay off its gas debt to Russia.  Foreign Minister Sergei Lavrov says Russia will not accept the West’s conditions to end sanctions imposed in retaliation for the fighting in Ukraine, insisting that ‘Russia is doing more than anyone else to resolve the crisis’.  In retaliation, Russian consumer safety regulators are inspecting more than 200 McDonald’s restaurants around the country, temporarily closing nine thus far.  Members of the State Duma want the state to intervene against ‘negative’ news stories, sparking fears of more censorship.  A St. Petersburg lawmaker wants Russian Post to ban incoming mail from Finland bearing homoerotic postage stamps, on grounds that they violate the anti-gay propaganda law.  Several people were detained at a motor rally in Moscow yesterday held in protest of the city’s new parking policies.

The FT looks at Russia’s economic prospects in the coming years, saying that it will not run out of money before 2017, thanks to the Central Bank’s commitment to the floating exchange rate, though the decline in real incomes is an immediate threat to investment.  The volatility of investor ratings and recommendations regarding Russian stocks indicates that ‘nobody has a vivid understanding of what’s going to happen […] Russia’s economic future is tied up in politics’.  State television presenter Konstantin Syomin publicly lashed out at German Gref after the Sberbank chairman compared current economic measures to ‘the Gulag’.  Syomin said that policies by ‘liberal reformers’ such as Gref were ‘directly’ responsible for the current crisis.  A continually crashing ruble is raising the spectre of Russia’s 1998 default for some.

The Defence Ministry denies Sweden’s allegations of ‘foreign underwater activity’ by Russian submarines near Stockholm.  Serena Williams slammed Shamil Tarpischev, the head of the Russian Tennis Federation, as sexist and racist for referring to her and her sister Venus as ‘the Williams brothers’; Tarpischev was given a one-year suspension for his comment.  Russian director Andrei Zvyagintsev won the top prize at the London Film Festival for ‘Leviathan’.  Artist Pyotr Pavlensky cut off part of his earlobe in a performance protest at a Moscow psychiatric institution yesterday.

PHOTO: Artist Pyotr Pavlensky cuts off a part of his earlobe while sitting on the wall enclosing the Serbsky State Scientific Center for Social and Forensic Psychiatry during his protest action titled “Segregation” in Moscow October 19, 2014, a protest against the usage of forensic psychiatry for politically motivated purposes. REUTERS/Maxim Zmeyev