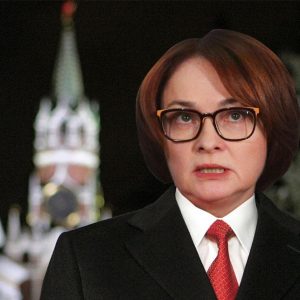 Russia’s Central Election Commission has reportedly been allocated $302 million to cover the costs of running the presidential election scheduled for March 2018, which current President Vladimir Putin is highly likely to win. According to a new survey by state run pollster VTsIOM, 83% of respondents said they would consign their vote to Putin, should the vote take place next Sunday. This, despite concerns examined in the FT that the President has not done enough to offer a “vision for the future” for younger voters. In Bloomberg’s annual worst case scenario guide, it has envisioned that after the end of his next term, in 2024, Putin would continue to rule behind the scenes having installed Central Bank chairwoman Elvira Nabiullina Putin as his proxy (the scenario also involves plummeting oil prices and eventual riots). Tis the season to be…careful: apparently government officials and state company executives are refusing New Year’s gifts this year following the trial of Former Economic Development Minister Alexei Ulyukayev, who has been sentenced to 8 years in a high-security prison, after taking a bribe from Rosneft CEO Igor Sechin which he believed to be a gift of sausages and wine (prosecutors said it was more like $2 million).

International state news organ RT has launched in France and apparently used its opening broadcast to accuse the country and President Emmanuel Macron of supporting terrorism. The FSB has arrested a retired Norwegian border guard on charges of suspected espionage (and according to its head, Alexander Bortnikov, a total of 137 trained intelligence officers of foreign special services have been convicted in Russia in the past five years). Meanwhile a new scheme will allow police and intelligence services easier access to their own citizens’ data, through legalisation which would offer bank customers’ biometric data to the authorities without their consent.

According to a report by Reuters, oil giant Tatneft has been doing business in Crimea despite the risk of being placed on a US sanctions blacklist. Since the West imposed sanctions in 2014, Russia has made considerable efforts to create its own “made in Russia” tech, with a list of 77 foreign technologies that require replacing – the Moscow Times reports on how much progress it has made. In spite of sanctions and thorny international relations, foreign cash continues to pour into Russia thanks largely to the recovery of oil prices and monetary easing. The operations of Energy Minister Alexander Novak, deemed “one of the most promising people in the government” by former Finance Minister Alexei Kudrin, is the subject of this article in Bloomberg. Masha Gessen pays tribute to Arseny Roginsky, the head of the Memorial society and research centre in Moscow, who died earlier this week.