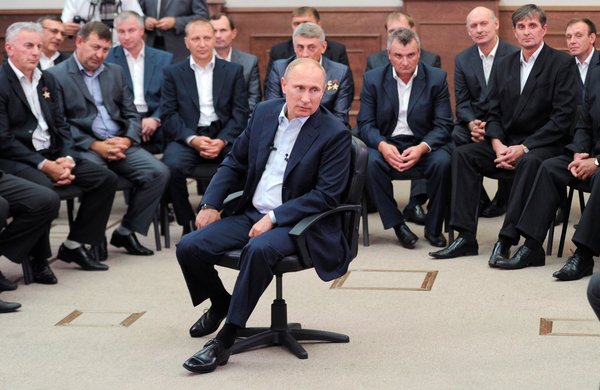 Ukrainian Prime Minister Mykola Azarov says Moscow must accept that his country is moving towards a new trade relationship with the European Union: ‘[T]o build a fence to protect yourself from changes using artificial barriers is simply pointless’.  Russia insists that the detention of potash maker Uralkali’s CEO Vladislav Baumgertner in Belarus will not negatively affect agreements between Moscow and Minsk due to ‘mutual obligations’, with the Foreign Ministry commenting that ‘[t]he fact of Baumgertner’s detention and the media campaign around it doesn’t correspond to the nature of our relations as allies.’  But Russian oil firms have cut supplies to Belarus by ‘around a quarter’, indicating the escalation of a diplomatic dispute, and the global potash market is facing at least short-term difficulties over the dispute between the two major exporters.  President Vladimir Putin’s own human rights council will ask him to amend the law on non-governmental organisations on a number of points, including removing the term ‘foreign agent’ from the law, and clarifying some other terms.

‘Moscow appears now to be expecting a U.S. strike on Syria,’ but Deputy Foreign Minister Vladimir Titov has warned the U.N. Security Council to wait for inspectors to present their report on an alleged chemical weapons attack in Syria and avoid making a ‘premature’ response.  He also accused the West of dealing with the Islamic world like ‘a monkey with a grenade’.  Foreign Minister Sergei Lavrov echoed Titov’s comments, telling Britain that its Syria resolution is premature.  Any authorization of military action would certainly be blocked by Russia, Syria’s ‘main arms supplier’.  Gazprom’s two main contractors are suspected to have accounted for over half of the company’s business orders last year.  The Russian maker of MiG fighter jets has signed $55 million worth of contracts with India, whilst officials from Pakistan bring two days of cooperative dialogues with Moscow to an end.  Rosneft will struggle to keep up with Lukoil over the coming year, at least on the stock market.

U.S. author Dan Savage talks to RFE/RL about Russian homophobia.  The artist who painted a picture of Vladimir Putin in lingerie has fled Russia for France, after police seized the painting from a gallery in St. Petersburg.  The New York Times discusses the political future of Mikhail Prokhorov.