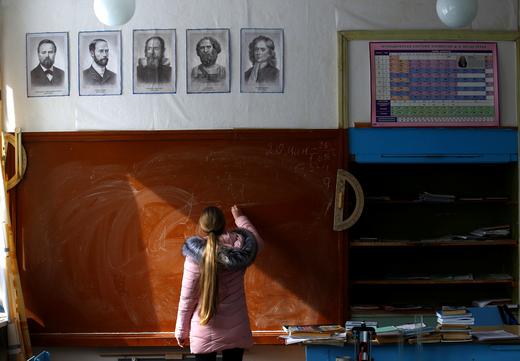 Russia’s Supreme Court has sided with the Federal Security Service in affirming that messages sent online through apps are not protected under privacy laws. After the ruling, watchdog Roskomnadzor said that messaging app Telegram must grant FSB access to users’ data within 15 days, and that access to the app will be restricted if it does not reply. Founder Pavel Durov, currently in exile, says the company won’t comply. US President Donald Trump broke a Western political taboo in calling President Vladimir Putin to congratulate him on his election win. The “invulnerable” Putin, insanely popular with or without ballot stuffing, will have his work cut out for him during his fourth presidential term to boost economic growth, but his recent moves in that region show “no change in his essentially feudal view of capitalism or his unwillingness to ease state control over the economy”, says the New York Times. This special podcast charts Putin’s rise from its earliest days, formulating a picture of him as a ruler for whom a show of strength is important, whether or not there is anything behind it.

Bloomberg writes on the ongoing dispute between billionaires Vladimir Potanin and Oleg Deripaska over metals giant Norilsk Nickel; Potanin has the edge over Deripaska, it says. Prosecutors in the politically-charged case against veteran Memorial activist Yury Dmitriev are calling for him to be given 9 years in prison; his lawyer says the case should have never even been brought to trial. A former Cold War scientist who helped created Novichok, the nerve agent used in the attack on former spy Sergei Skripal, says the Kremlin could not have been involved, because Skripal is still alive, and such incompetence “would have simply been laughable and unacceptable”. It is almost impossible for the UK to issue meaningful sanctions against Russia at this point because Russia’s wealth “has become entwined in the British economy”. Russian diplomats were bussed away from the Embassy in London yesterday.

Russia has grounded all of its Antonov An-148 aircraft over safety fears in the wake of last month’s fatal passenger jet crash.

PHOTO: A ninth-grade Valeria Yakusheva attends a physics lesson in school in the remote village of Soino in Smolensk region, Russia. In this school the number of students has steadily decreased from two hundred at the time the school was opened about 40 years ago to six today. REUTERS/Vasily Fedosenko