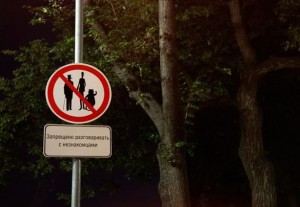 The Independent reports that British relations with Russia over a ship delivering Russian helicopters to Syria earlier this week neared a dangerous clash, as the British government contemplated ‘an armed boarding and seizure of the vessel’.  A Pentagon spokesperson says that the three further ships Russia planned to send to Syria may have been intending to send supplies to its naval facility at Tartus, rather than to deliver arms to the government.  A top U.S. trade official is urging the approval of legislation that would improve trade ties with Russia, saying that normal trade relations are important for both sides, ‘not a gift to Russia’.  Dmitry Medvedev pledged support and attention for Chechnya yesterday, but the funding currently allocated for the North Caucasus is actually less than half of the original sum pledged in July 2011.  The three incarcerated members of Pussy Riot have been ordered by a Moscow court to remain in jail for a further 30 days whilst awaiting trial for hooliganism charges, instead of being released on bail.

A man who testified against Alexei Navalny regarding a riot in May was pressured by investigators, says his lawyer.  Meanwhile Igor Sechin, the head of Rosneft, has accused Navalny of being employed by Hermitage Capital to provide information to the company ‘about their rivals’.  Navalny responded by calling Sechin an ‘imbecile’.  Alexander Lebedev has publicly stated that Navalny would have his backing in any free election.  The Russian All-People’s Union is the first nationalist party to receive official registration from the Ministry of Justice since rules were relaxed earlier this year.

Two St Petersburg professors have been convicted of espionage after apparently handing over missile secrets to China.

PHOTO: A street sign that shows three main characters from Mikhail Bulgakov’s classic novel “The Master and Margarita” above the warning, “Don’t Talk to Strangers,” will not be taken down, Moscow City Hall said Wednesday. (Moscow Times / Alexander Vilensky / Facebook)