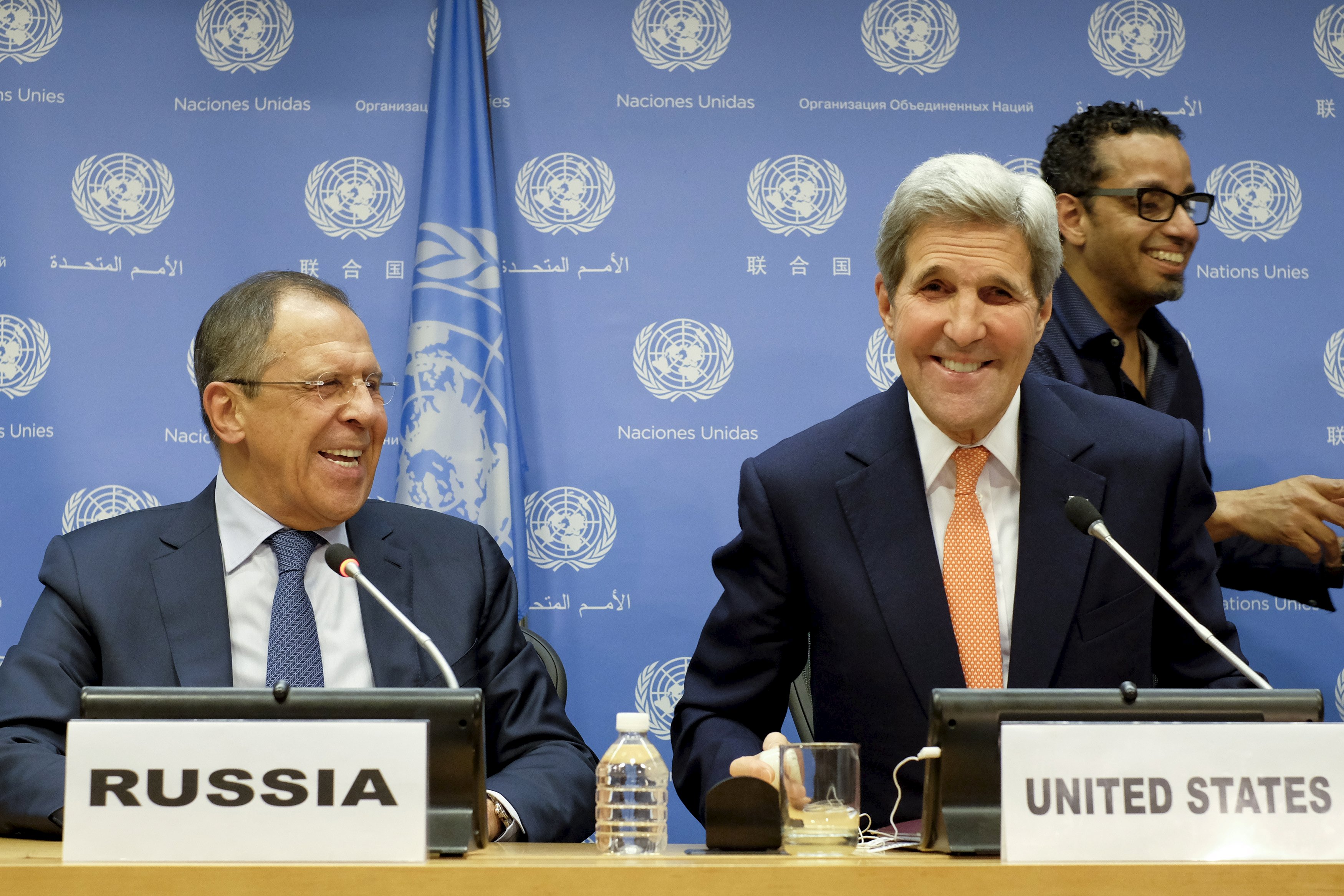 President Vladimir Putin says Russia will continue to develop nuclear weapons as the basis of security policy, but has and will ‘never […] brandished this nuclear club’, and that Russia is currently using ‘far from everything we are capable of’, in terms of military force, in Syria, and will increase operations if necessary.  Human Rights Watch is accusing Moscow of extensively using banned cluster munitions as part of its Syrian campaign.  Putin insists that Russia is not trying to bring back the Soviet Union, but that ‘nobody wants to believe us’.  The BBC is debating whether or not Russia is ‘still a genuine world power’, though notes the undisputed fact that Russia ‘regards itself as a great power’.  Reuters says military strength and nuclear capability in particular are really all that Russia has in terms of demonstrating ‘superpower status’.  Russia apparently has no objections to the eventual ouster of Syrian President Bashar al-Assad, once the Syrian peace process is in place.

Opposition figure and anti-corruption campaigner Alexei Navalny is facing a new investigation against him for defamation of a Moscow judge after accusing him of embezzlement.  The European Union has agreed to extend its anti-Russia sanctions, with the formal decision to be announced at a later date.  The FSB raided four Turkish bank branches last week, finding no evidence of anything illegal, prompting accusations that Russia is merely trying to disturb Turkish businesses.  A Buddhist monk is suing Roskomnadzor for banning a 5th century Buddhist text due to its containing a description of suicide.

PHOTO: Russia’s Foreign Minister Sergey Lavrov (L ) and U.S. Secretary of State John Kerry smile during a news conference at the United Nations Headquarters in Manhattan, New York, December 18, 2015. The United Nations Security Council on Friday unanimously agreed a resolution endorsing an international roadmap for a Syria peace process, a rare show of unity among major powers on a conflict that has claimed more than a quarter million live. REUTERS/Eduardo Munoz