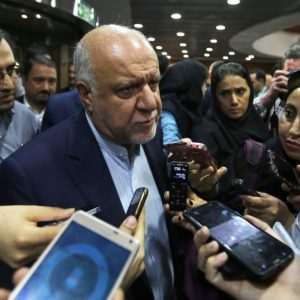 A top Russian court has ruled that municipal administrations cannot ban protests purely on the basis that they may be inconvenient  to other people. Police in the Far East have apparently chastised a local lawmaker who chose to ride a horse to work in protest against the recent ill-received increases in gas prices. Rules on confiscating cell phones from social media users who post content the authorities deem to be extremist are becoming increasingly lax, says this report. The Presidential Council for Civil Society and Human Rights has taken issue with criminal cases against members of the Jehovah’s Witnesses, whose arrests are evoking “associations with the Soviet period, when Jehovah’s Witnesses suffered groundless repression”. The results of a new poll examining Russian citizens’ views on Stalin suggest that efforts to rehabilitate the Soviet strongman have been relatively successful. “For many visitors expecting a police state, the laxity of the police and authorities in the last week has been a revelation”: but once the World Cup is over, “the process of cracking down will continue”, Kremlin critic and former mayor of Ekaterinburg Yevgeny Roizman tells the Guardian. The tournament may have been eye-wateringly expensive ($11.8 billion a conservative estimate) but the improvements made in infrastructure mean it is worth every penny, argues commentator Ben Aris.

Ambassadors of the G7 have said that they are “deeply concerned” about the situation of film director Oleg Sentsov and “other Ukrainian prisoners and detainees” in Russia and urged for their release. Ukrainian President Petro Poroshenko has decided to add another 30 Russian legal entities and 14 individuals to the list of sanctions: the total now stands at 1,762 individuals and 786 entities. Estonia’s military has complained that a Russian aircraft has violated its airspace for the second time this year following a spate of similar incidents in 2016 and 2017.

The application of sanctions means that Russia stocks are the cheapest of any emerging market, offering a plethora of opportunities to eager emerging market fund managers. Putin’s childhood friend, cellist Sergei Roldugin, is being investigated by Panama for alleged economic mismanagement in connection with the revelations of the Panama Papers. Iran’s oil minister has walked away from the negotiating table with OPEC, Russia and other major oil producers, in disagreement over plans held by Saudi Arabia and Russia to significantly increase oil production.