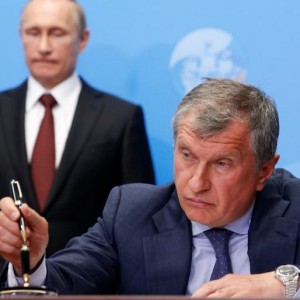 In a blow to Russia, it has been announced that the Court of Arbitration for Sport has rejected the country’s appeal against a ban on its track and fields athletes from participating in the Rio Olympics.  Moscow awaits a verdict on whether its entire team will be banned by the IOC.  If this is the case, it would ‘be a grave blow to a nation that prides itself on its status as a sporting superpower’, says Reuters.  The Kremlin has swiftly condemned the move, with the head of the Russian Olympic delegation Court of Arbitration calling it ‘devoid of any logic‘.  The Moscow Times has a round up of some of the sardonic Twitter reactions to the doping scandal.  Despite her public admission of use of a banned substance, tennis player Maria Sharapova has remained Russia’s highest-earning celebrity for a fourth year running in Forbes magazine rankings.

President Putin has spooked currency traders by suggesting that the ruble may be beginning to over-appreciate and jeopardize oil exports.  This position is apparently at odds with the central bank, which does not plan to implement any measures which would curb the rate of the ruble against other currencies.  Industry and Trade Minister Denis Manturov is not concerned that the rise of the ruble will create any risks in terms of exports of industrial goods.

The Kremlin has chastized U.S. presidential hopeful Donald Trump for his willingness to engage in a discussion of a hypothetical Russian attack on its Baltic neighbours.  Russia has been accused of bombing a garrison in southeastern Syria used by American and British forces.  A Russian-born CEO who has pleaded guilty to acquiring vast quantities of sophisticated microelectronics for Russia will spend 10 years in a U.S. prison.  President Putin has apparently instructed officials that state energy giant Rosneft should not be allowed to participate in the privatization of oil company Bashneft.