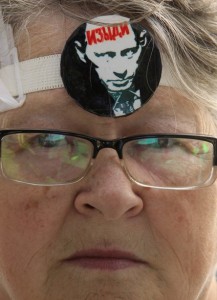 Russia has ended its 19-year wait to enter the World Trade Organisation as its 156th member; but its commodity-based economy is unlikely to now see the kind of export growth boost that the same accession led to for China.  Syria is about to secure a deal with Russia, whereby the latter will provide the former with oil products to keep its economy and military afloat.  Russia assures the world that Syria will not use chemical weapons against rebels.  President Vladimir Putin is looking to boost economic growth by investing in the refining industry, looking to boost diesel exports by over 50% next year.  Sberbank teamed up with the Royal Bank of Scotland to give Gazprom a $500 million credit line to build a polyethylene production facility, although this article argues that Gazprom’s output and European exports are plummeting.  The company’s long-planned St Petersburg skyscraper has won its final building permits.

A new report by the Minchenko Consulting Group alleges that the Kremlin ‘is grooming influential figures such as liberal-leaning former Finance Minister Alexei Kudrin and nationalist Deputy Prime Minister Dmitry Rogozin as possible leaders in the case of a political crisis’.  The name ‘Pussy Riot’ is being trademarked to prevent outsiders from profiting through use of the group’s image, with one record producer estimating the trademark to be worth tens of millions of dollars worldwide.  Simon Jenkins accuses British politicians of ‘hypocrisy’ for criticising the Kremlin over the Pussy Riot imprisonment.

State Duma Deputy Dmitry Gudkov wants the warning issued to him after his participation in the May 6 March of Millions to be dropped.  Sergei Udaltsov has been fined for organising an unpermitted action on August 9.  Artem Osmayev, the Chechen detained in Ukraine and accused of plotting to assassinate President Putin, has had his extradition to Russia postponed by the European Court of Human Rights.  Orthodox Patriarch Kirill’s visit to Poland marks ‘the unification of churches that actively oppose homosexuality, permissiveness and other “liberal values”’.

PHOTO: A woman participates in a gathering to mark the 21st anniversary of the 1991 coup in central Moscow, August 19, 2012.  The badge, depicting Russian President Vladimir Putin, reads, “Outgo”. REUTERS/Sergei Karpukhin