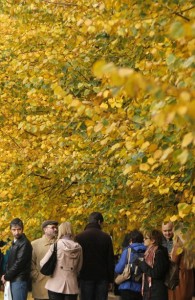 Around 60,000 opposition supporters voted online over the weekend to select a 45-member leadership body, the Coordination Council, although ‘thousands more’ were prevented from voting by DDOS attacks (170,000 had registered).  Results are due to be announced tonight.  Many blamed the Kremlin for the cyber interference; Garry Kasparov says that resistance to the election shows the potency of the idea.  RFE/RL has video of some of the polling stations set up for those who didn’t have home access to the internet, and a brief interview with Sergei Udaltsov, who likens government crackdowns on the opposition to the Inquisition.  Nikolai Petrov, meanwhile, picks apart the recent regional polls, saying that ‘staged’ elections are depriving the authorities of legitimacy.  BP’s board of directors has approved a $25 billion deal to swap its TNK-BP holding for a 16-20% stake in Rosneft, but the deal has not yet been finalised –  this BBC report says they must be waiting for the formal approval of President Vladimir Putin.  A TNK-BP manager has been arrested on suspicion of fraud.

Alexei Knyshov, the United Russia member accused of inappropriate business interests will quit his post.  Lyudmila Narusova, the mother of socialite/activist Ksenia Sobchak, is to lose her senate seat, and suspects it is due to her and her daughter’s anti-Kremlin stance.  A small protest against internet censorship was held in St Petersburg yesterday, with no arrests.  On Yandex’s bid to rival Google in the emerging markets.

The FT discusses Russia’s free-market policy which has allowed domestic wheat prices to increase and reduce its competitiveness on world markets.  Russians who grew up with ‘the cradle-to-grave state care of the Soviet Union’ are challenging Putin on his promise not to change the retirement age.  The Foreign Ministry has issued a report criticising U.S. human rights. Pussy Riot members Maria Alyokhina and Nadezhda Tolokonnikova have been sent to prison camps east of Moscow, where ‘conditions are reported to be tough’.

PHOTO: People queue to visit a polling station before taking part in a vote to elect a 45-member Coordinating Council of the Russian opposition movement in Moscow October 21, 2012. (Maxim Shemetov/Reuters)