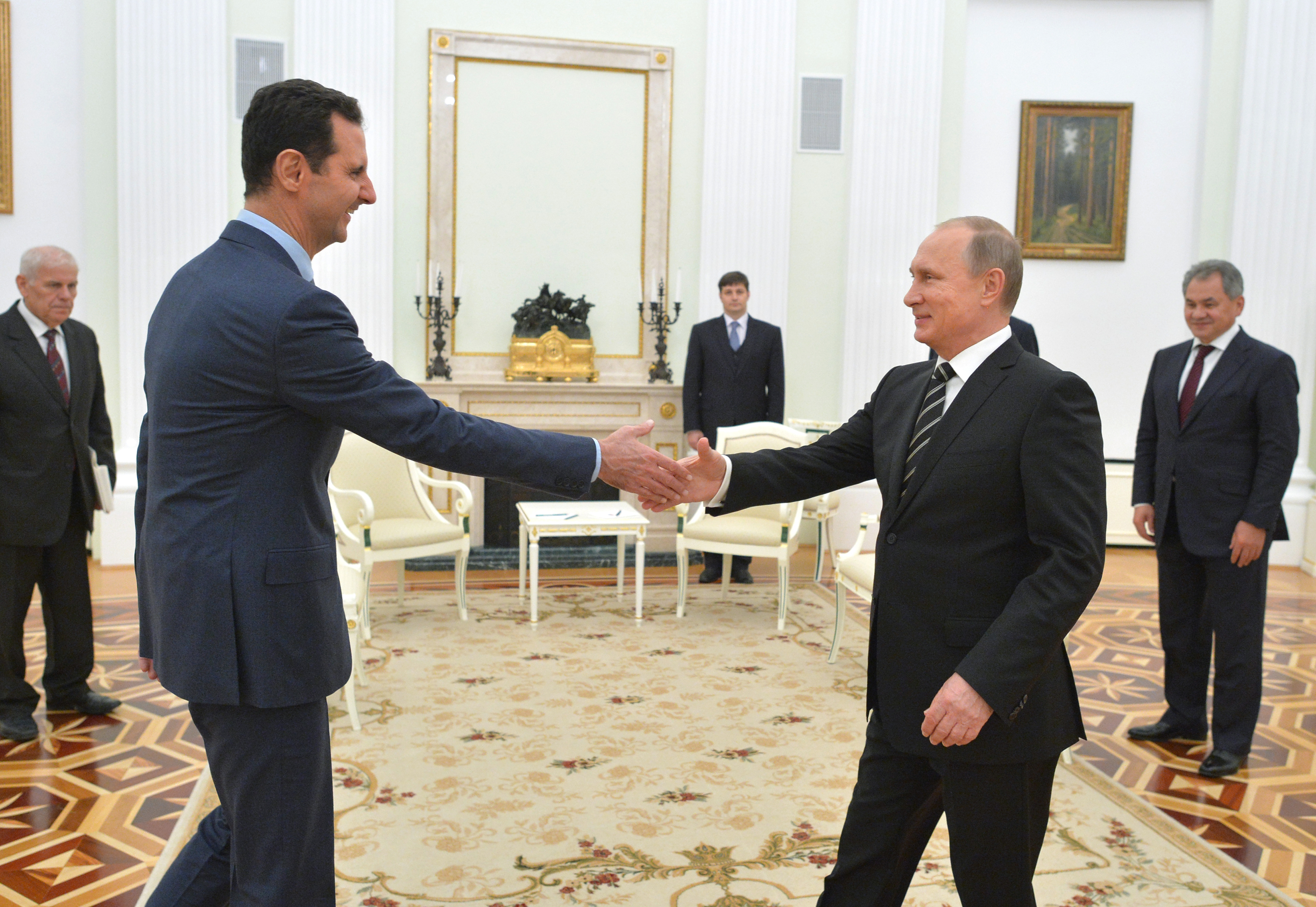 Syrian President Bashar al-Assad made a surprise trip to Moscow for a three-hour meeting with President Vladimir Putin and high-level Kremlin officials, where he thanked Russia ‘for supporting Syria’s unity and independence’ and for doing so ‘within the framework of international law’.  As officials denied that any Russian servicemen have been killed fighting alongside Syrian government forces, Putin said that the military developments in Syria would provide the base for a long-term political solution.  Putin briefed his Turkish and Egyptian counterparts and the Kings of Saudi Arabia and Jordan on details of the meeting.  The White House criticised Russia for giving Assad, ‘who has used chemical weapons against his own people’, the ‘red carpet’ treatment, but the New York Times says that, despite their alliance, the pair have a ‘chilly personal relationship’ and remain ‘distant and wary of each other’.  U.S. Secretary of State John Kerry will meet with Foreign Minister Sergei Lavrov in Vienna on Friday, as well as Turkish and Saudi officials, to discuss the situation.  A Reuters analysis of Russian Defence Ministry data shows that almost 80% of Russia’s declared targets in Syria have been in areas not held by Islamic State.  The theme of Putin’s annual speech at this year’s Valdai Club meeting (to be presented later today) will be ‘War and Peace’.

A meeting between OPEC members, Russia, and Kazakhstan led to no agreements to cut production, despite prices below the equilibrium at $40 a barrel.  Argentina will get support from Russia in the construction of a new hydroelectric dam, and Vladimir Putin urged Russians to buy Argentine food imports, following a video conference call with Argentine President Cristina Fernández de Kirchner.  Gazprom’s gas export monopoly is not going anywhere, says Bloomberg, because Russia needs it in order to protect the economy, though Russia is finally ‘luring back some investors’, says Reuters.  Ukraine has launched its first trade dispute against Russia at the World Trade Organisation, with a complaint about Russia’s restriction of Ukrainian-made railway equipment.

Russian academics are concerned by the news that research papers and scientific articles are to be vetted by the Federal Security Service prior to publication.  Moscow State University has topped a list of the 150 best emerging country universities in Europe and Central Asia.  RFE/RL lists seven aspects of the Soviet era that have reappeared since Putin’s coming to power.  Putin is calling for international measures to protect the sporting world from ‘political opportunism’ such as boycotting (which some foreign lawmakers are calling for in response to Russia’s plan to host the 2018 World Cup).