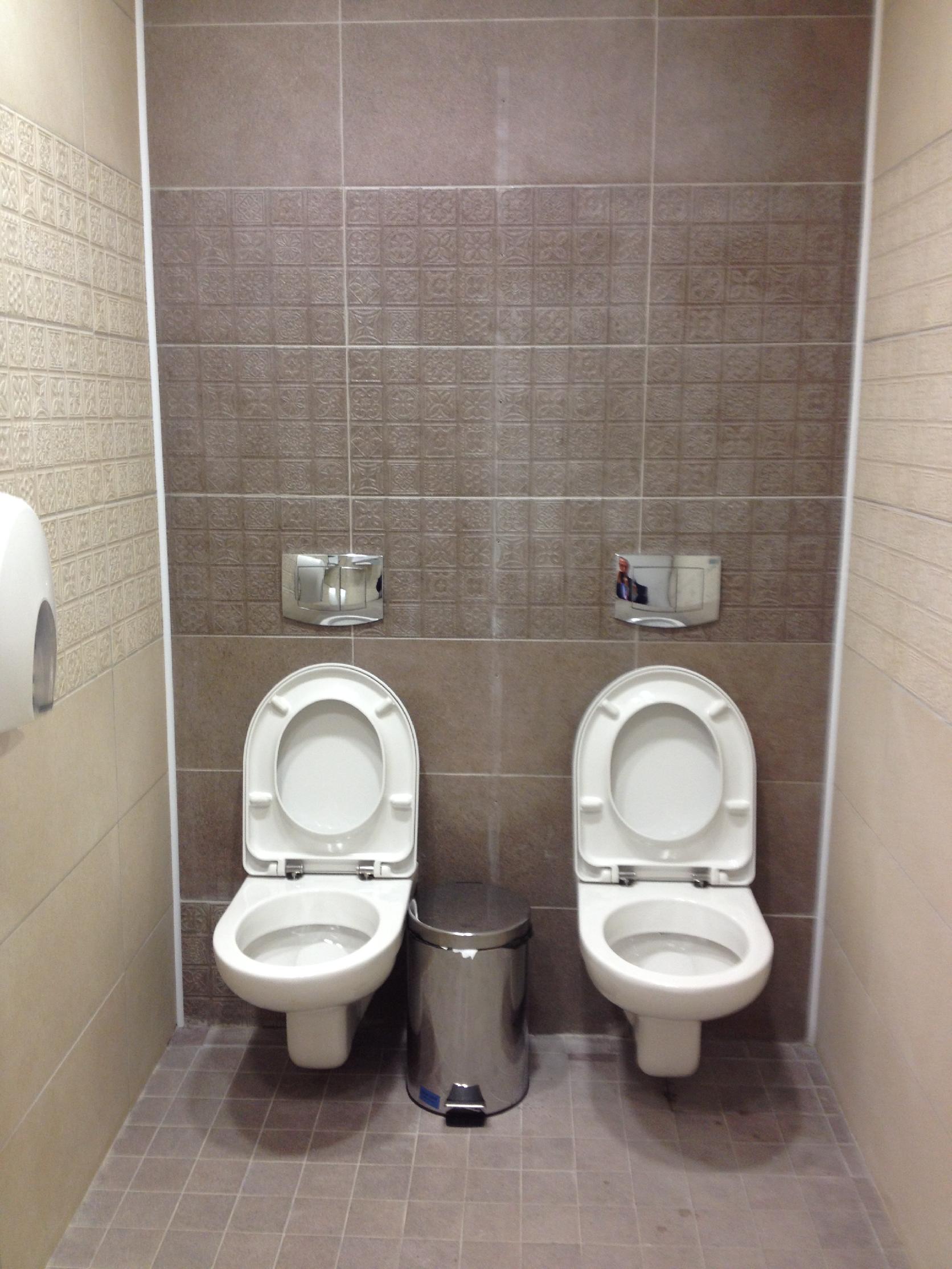 The photo of a men’s cubicle at Sochi built with two toilets is drawing widespread fascination and ridicule: ‘This is how they understand the needs of sexual minorities,’ quipped one Twitter user.  Prime Minister Dmitry Medvedev says the global community has merely ‘invented’ the notion that Russia’s LGBT community are currently having their rights curbed, and that they are not, as singer Elton John says, being forced to live under a law that ‘legitimises homophobia’.  Medvedev also said that the current security threats faced by Sochi are no greater than those faced by any other Olympics host in recent years, and defended the cost of the Sochi venues as ‘reasonable’.  His deputy, Arkady Dvorkovich, pointed out that Russia stands to make a ‘huge’ economic gain on its Olympics investments, and other ministers have underscored the potential tourism boost.  The New York Times says Russia’s Sochi fever is evidence that ‘the megaproject has returned’.  Is the Sochi government really offering ‘politeness master classes’ to residents ahead of the Games?

A prominent economist warned Russians not to keep their savings in rubles due to expectation that the currency being depreciating at more rapid rates, as Konstantin Sonin notes that ‘[t]here seems to be a contest as to who can express the most pessimism about the economy.’  Vladimir Putin thinks Russia has too many banks.  Attorney Murad Musayev, who defended suspects in the murder case of Anna Politkovskaya, will have the support of 93 lawyers from all over Russia to defend him against bribery allegations.

A group of high-profile environmental and human rights organisations are calling attention to the case of activist Yevgeny Vitishko, who was jailed last year following an act of vandalism.  Under new legislation, those convicted of extremism will face harsher jail terms.  A Moscow prosecutor wants prison terms of five to six years for the Bolotnaya Square protesters.