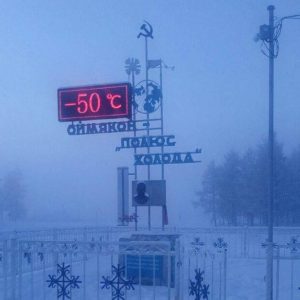 As Russia announces its plans to initiate a considerable drawdown of its forces in Syria by the year’s end, this op-ed ponders how Putin’s flurry of diplomatic meetings on reaching peace in Syria intends to show ‘audiences at home Putin’s grandeur as a pre-eminent international statesman’.  Not everyone is convinced, however: Juergen Hardt, a top member of German Chancellor Angela Merkel’s conservatives has slammed Putin’s plans to host a new Syrian peace process with the backing of Iran and Turkey, as ‘the height of cynicism’.  Moscow has asserted that the UN’s investigation into responsibility for the use of chemical weapons in Syria ‘is dead’, but Russia is willing to consider efforts by Western powers to find ‘a new mechanism’ for investigating atrocities.  First Syria, now Afghanistan? A senior Afghan official is apparently soliciting Russia’s help in establishing peace negotiations with the Taliban, whilst questions remain over US accusations that Russia has supplied the latter with weapons.  Afghanistan claims it has no evidence to support those allegations.  The Independent notes that Moscow has remained cagey about an apparent coup in Luhansk, the separatist region of eastern Ukraine, this week.

Celebrity and presidential hopeful Ksenia Sobchak is facing investigation for suggesting that Russia’s annexation of Crimea is illegal at a press conference and in an interview for CNN.  Dimitri Skorobutov, who was an editor on the Vesti daily news program, has told Newsweek about how the Kremlin dictated the terms by which the US presidential elections were to be reported.  If Google goes ahead with plans to place articles from Russian news outlets Sputnik and Russia Today lower in search results, this would be tantamount to censorship, the Foreign Ministry has argued.  Anti-monopoly regulator FAS has reportedly agreed to accept a deal that would merge the Russian ride-sharing businesses of Yandex and Uber (with certain conditions).

Central Bank governor Elvira Nabiullina is assuring Russians that they will enjoy lower prices during the festive season with a set of special holiday-staple price indexes which demonstrate that inflation is in fact coming down.  Tycoons Roman Abramovich, Aleksandr Abramov and Aleksandr Frolov have all apparently been enticed into the world of Bitcoin investment.  Bloomberg suggests that Saudi Arabia may no longer wield the most influence in OPEC – that honour goes to Vladimir Putin.

PHOTO: Students in the Russian Arctic are enduring freezing weather to attend school, as temperatures hover just 2 degrees above the threshold to cancel class. (Vkontakte)