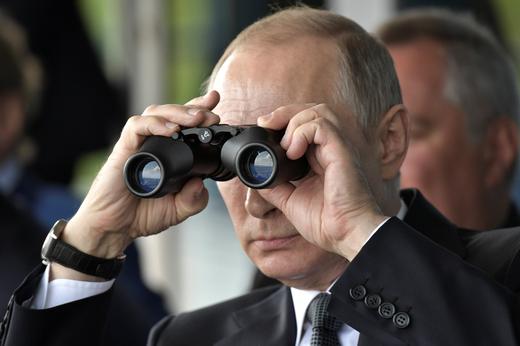 Europe has been calling for global economic pressure on Russia for years, but its own companies could be hit if the US moves to toughen its existing anti-Russia sanctions. Chairman of the Federation Council, Valentina Matviyenko, says new proposed sanctions look like a bid to squeeze Moscow out of the European energy market; other major investment projects between Russia and the EU could also be affected. The European Commission is in fact planning to retaliate against new US proposals which it is following “with some concern”, arguing that they will affect its energy independence and security; the new sanctions which are likely to include fines for companies helping Russia to build energy export pipelines. This piece says it has activated “all diplomatic channels” to find a resolution. Germany is keen for the EU to add more Russian individuals and companies to its own existing sanctions, due to the recent removal of Siemens gas turbines from Russia to Crimea against its wishes. Energy Minister Alexander Novak says Russia is not taking any risks over the scandal given that “what Siemens supplies can be delivered by other companies”. Russia and Saudi Arabia are threatening to escalate oil disputes with big producers who are failing to follow the OPEC-led cuts, such as Iraq, Algeria, and Ecuador.

A math teacher at a Moscow university has been put under house arrest, accused of trying to inspire mass disorder with anonymous Internet postings. Dmitry Bogatov denies the accusations. Profits in Russia’s prison system (which has the highest incarceration rate in Europe) are privatised. Vladimir Litvinenko, a former university rector who supervised Vladimir Putin’s dissertation, has a net worth of over $1 billion, reigniting accusations against the President of cronyism; Litvinenko owns the 10% stake in Phosagro that used to belong to former Yukos head and long-term “Kremlin foe” Mikhail Khodorkovsky. Participants in a youth forum in Vladimir region complained to consumer rights watchdog Rospotrebnadzor that condoms are too expensive. Russia’s HIV rates are currently highest in Kemerovo, Novosibirsk and Irkutsk, and the diagnosis apparently now includes “ordinary people” rather than just regular users of heroin.

Russia has been placing ever-encroaching signs around the borders of South Ossetia in a bid to mark its territory, affecting local residents and landowners, reports the New York Times. One man says a border sign was placed in the middle of his field, which had already been planted with crops.  Kremlin spokesman Dmitry Peskov denied claims made by US senators, that Russia is financing environmental protests against shale gas extraction. Since it’s been almost four days since anyone from the Kremlin has accused the Western press of mental disorders, Foreign Minister Sergei Lavrov stepped up.

PHOTO: Russian President Vladimir Putin uses a pair of binoculars as he watches a display during the MAKS 2017 air show in Zhukovsky, outside Moscow, Russia July 18, 2017. Sputnik/Alexei Nikolsky/Kremlin via REUTERS