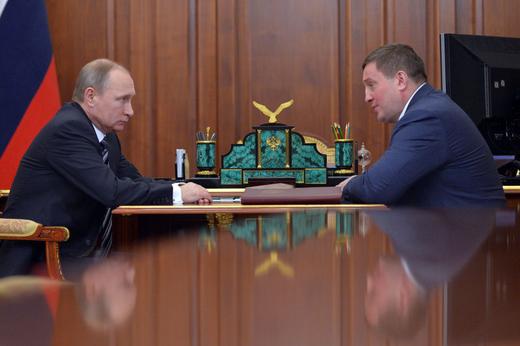 The Ukrainian Prosecutor General has announced a probe of Defence Minister Sergei Shoigu and 19 other Russian officials suspected of crimes against Ukrainian security; the Investigative Committee followed suit with a tit-for-tat investigation into Shoigu’s Ukrainian counterpart.  The Independent cites ‘growing alarm in the international community’ that Russia and Ukraine are on the brink of all-out war.  A member of the State Duma is urging NATO to reopen negotiations with Russia, saying that the alliance (which he poetically terms ‘a colossus with feet of clay’) needs to address its fears, after a US official claimed that Russia is undermining its unity. ‘Russia has never pursued and does not pursue this goal, on the contrary, we have always talked about the need to build normal relations with NATO.’  Moscow says it is concerned about Turkey’s military actions in northern Syria, warning that it could lead to ‘further degeneration of the situation’.  Norway is building a steel fence along an Arctic stretch of its shared border with Russia to keep migrants out.  State giant VTB is only surviving US sanctions because of generous dollops of state funding, reports the FT; some accuse VTB head Andrei Kostin of being ‘so servile’ that VTB can’t even really be called a bank.  This week’s announcement that the Kremlin will spent over $3 billion on a one-time payment to pensioners instead of increasing benefits will allow the Central Bank ti keep price growth on target, and may influence it to cut interest rates.

The Moscow District Military Court failed to select a board of jurors for the murder case of opposition politician Boris Nemtsov, and will try again late next month.  A lawyer representing the Nemtsov family responded by alleging that potential jurors are likely too scared to take part in the case for fear of reprisal in the event of a guilty verdict. ‘It seems to me that people are simply scared of whoever ordered this crime,’ he said.  The BBC spoke to Anna Gaskarova about her husband, who was arrested and jailed for three and a half years for taking part in the anti-government demonstration at Bolotnaya Square in 2012.  The Moscow Times profiles the new Education Chief, Olga Vasilyeva, her ties to the Orthodox Church and her controversial references to Josef Stalin.  The son of a State Duma deputy from Vladivostok has been called ‘one of the most prolific credit card traffickers in history’ by a US attorney.

The New York Times reports on the failed attempt to turn the city of Perm into a modern arts hub.  Another day, another failed Russian doping retest.

PHOTO: Russian President Vladimir Putin meets with Andrei Bocharov, the governor of the Volgograd region, at the Kremlin in Moscow, Russia, August 24, 2016. (SPUTNIK)