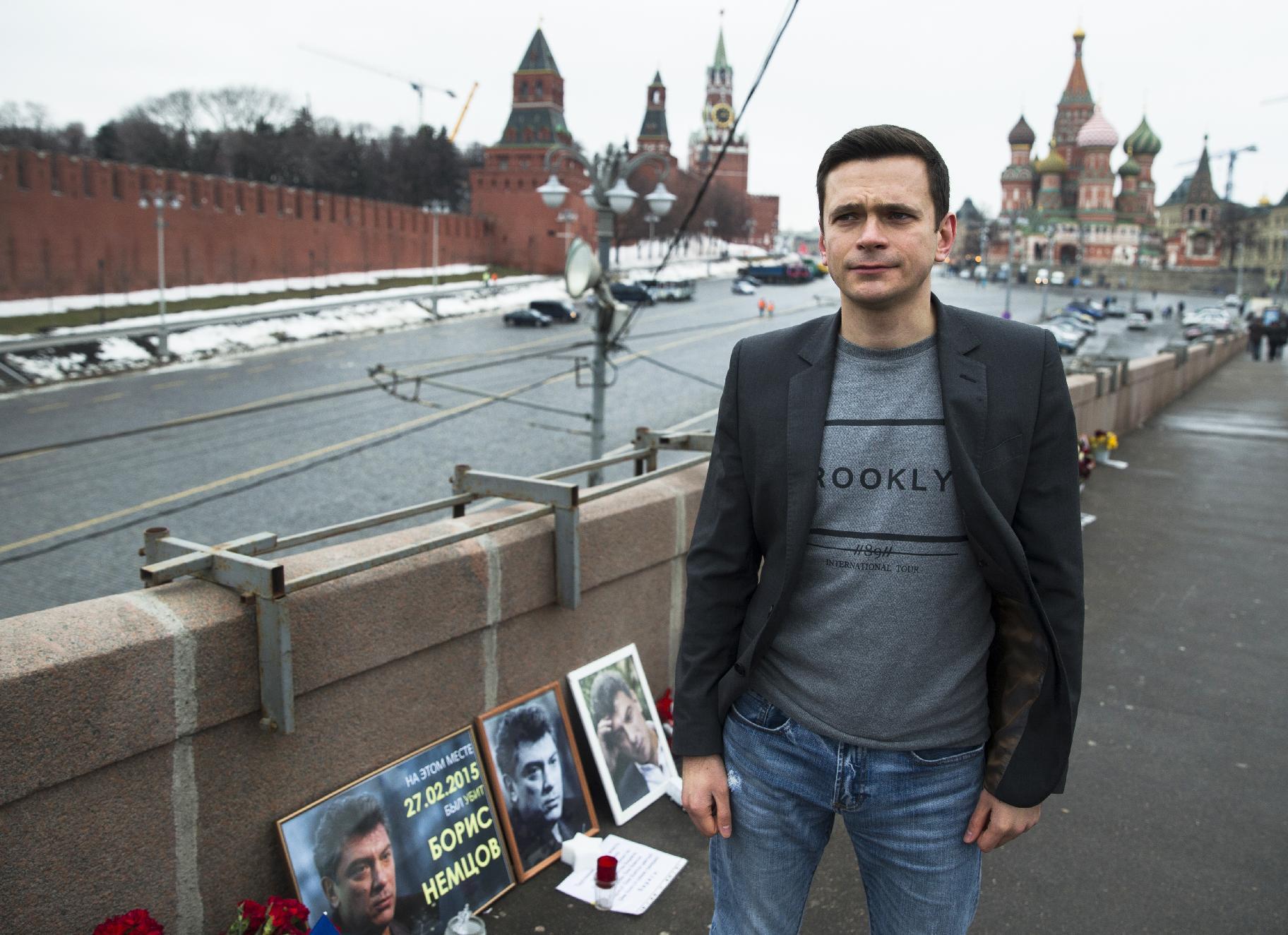 In a report by the Atlantic Council, to be published today, defence experts warn that NATO’s lack of progress in reinforcing itself against Moscow following the invasion of Ukraine has left it vulnerable to an increasingly aggressive Russia.  Kirill Shamalov, allegedly the son-in-law of President Vladimir Putin, has come fourth on a top ten list of ‘Kings of Government Procurement’, after his company NIPIgazpererabotka signed a $10.5 billion contract with Gazprom to build a gas refinery in the Amur region – the Kremlin’s biggest ever procurement.  Arkady Rotenberg, Putin’s judo partner, appeared at the top of the same ranking.  Opposition leader and head of the Anti-Corruption Foundation, Alexei Navalny, was pelted with cake by unidentified men outside his office in Moscow yesterday.  He promptly posted a cake selfie.  The Lithuanian capital of Vilnius will name a street or square after murdered opposition leader Boris Nemtsov.  Nemtsov’s murder marked the beginning of a year of relentless intimidation of opposition figures, says the Moscow Times.  Russia’s Constitutional Court has, for the first time, granted women the right to be tried by a jury.

59.8% of residents of Russia’s single-industry towns see their socio-economic situation as unbearable, according to a recent poll.  Russia will issue its first sovereign bond since the West imposed sanctions against it, despite Washington’s warning that banks should not participate, with Deputy Finance Minister Sergei Storchak saying that there was enough interest from foreign banks to proceed.  The Kremlin says it has no information that the US actually advised banks not to buy its Eurobonds, alleging that media reports to the contrary are not based on reality.  The Transport Ministry has not ruled out the possibility that Russia’s airlines will go bankrupt thanks to current low demand for air transportation.  Russia is cutting its 2018 World Cup spending by $79 million.  Russia said that its Syrian ceasefire process is underway, and due to come into effect at midnight tonight, despite what Foreign Ministry spokeswoman Maria Zakharova called attempts by US officials to sabotage it through misinterpretation.  The Economist says the timing of the ceasefire will be convenient to Syrian President Assad’s forces, which are ‘in need of a breather’ thanks to the offensive of the past week.

The BBC discusses the case of Andrei Bubuyev, an engineer from Tver who faces up to five years in prison on accusations that he incited extremism by reposting an article on social media entitled ‘Crimea is Ukraine’.  Russian social media is currently making fun of Putin after Belarusian President Alexander Lukashenko called him ‘Dmitry Anatolyevich’ by accident.

PHOTO: Russian opposition activist Ilya Yashin talks to the Associated Press on a bridge, where Boris Nemtsov was shot dead a year ago, in Moscow, Russia. Feb 10, 2016. (AP Photo/Pavel Golovkin)