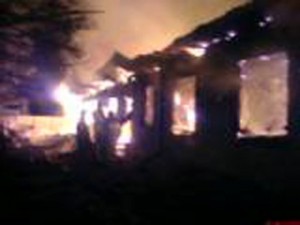 Lawyers for Alexei Navalny questioned one of the key witnesses in the case against him yesterday, Vyacheslav Opalev, the former head of the company that Navalny allegedly stole from. ‘Opalev repeatedly answered defense questions by saying he did not remember and by referring to his pretrial affidavit.’  Navalny, who also questioned Opalev, says that contradictions in Opalev’s statements showed the unreliability of his testimony and the flimsiness of the case against him.  Opalev blamed his inconsistencies on stress.  Konstantin Lebedev, a close ally of opposition leader Sergei Udaltsov, was sentenced yesterday to two and a half years in a penal colony for his role in the riots at last year’s Bolotnaya Square protest.  Lebedev had pleaded guilty to his charges, but said he would appeal for an early release.  Independent election monitoring group Golos has been fined $10,000 for failing to register as a foreign agent, despite its claims that it sent back award money from the Norwegian Helsinki Committee.  The company’s director said it seemed that the judge ‘knew in advance which decision she would come to’.  A fire at a psychiatric hospital in Moscow this morning killed 38 people, as the Emergecy Situations Ministry admitted that it took firefighters an hour to reach the blaze due to road closures, and that the first trucks arrived with no water in their tanks.

New information released by Google indicates that official requests for the removal of information spiked at the end of last year, with ‘sharp increases in requests’ from countries including Russia.  U.S. experts have expressed skepticism about Vladimir Putin’s claim, made during his five-hour Q&A yesterday, that C.I.A. agents were advising Anatoly Chubais on privatisation in the 90s.  The Wall Street Journal noted Putin’s willingness to blame others for faults raised in questions.  A court in Zubova Polyana today will consider the early release of Pussy Riot member Nadezhda Tolokonnikova.  Anti-drugs vigilantes, reportedly sponsored by the Kremlin, are raising ‘concerns about President Vladimir Putin’s perceived tolerance for extralegal actions against forces considered harmful to the regime or to public order’.

Gazprom has warned E.U. companies against supposedly illegal resales of Russian gas to Ukraine.  Konstantin Kosachev, the Chairman of Russia’s Federal Relations for CIS states, urged Europeans to beware mass media, and trust that ‘true Russia is not the media reality’.  Maria Sharapova talks about her new candy business venture.  James Hill has compiled a photojournal of pre-Olympic Sochi.