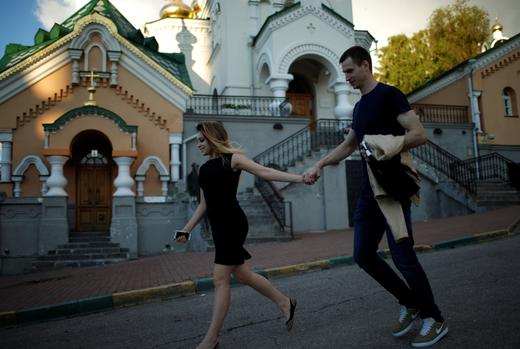 The US government voted overwhelmingly to add new sanctions to its package against Russia, and to make it more difficult for existing sanctions to be removed, although US President Donald Trump has yet to sign it. The New York Times argues that sanctions should not be as “all the rage” as they are these days, given that they have so many shortcomings. “Maybe it is that the alternative — military intervention — is just too risky to stomach. And the nation’s leaders must be seen to be ‘doing something.’” Russia has destroyed more than 16,000 tons of food as part of tit-for-tat sanctions in the past two years. Konstantin Vyshkovsky, the Finance Ministry’s debt chief, claims that Russia has committed about $70 billion in loans for its cash-strapped allies. This figure has never been disclosed before; Vyshkovsky says the phenomenon of direct loans from the budget is a particularly Russian one. The Federation Council has approved the final reading of a bill that would prohibit the use of proxy internet services, VPNs included, and the anonymous use of mobile messaging services, all ostensibly to prevent extremism, although critics say the Kremlin uses this excuse all too often.

Kaspersky Lab, the Russian cyber firm rumoured to be susceptible to Kremlin influence, is offering a new version of its antivirus software for free, across the entire globe; there is a bill currently in the US Congress that would prohibit the Department of Defence from using Kaspersky products. Police in Siberia dispersed a rally held in support of anti-corruption activist and opposition leader Alexei Navalny yesterday, detaining several activists and confiscating campaign materials. The European Court of Human Rights (ECHR) ordered Russia to pay 6,000 Euros to a man convicted of involvement in the killing of opposition politician Boris Nemtsov; the ruling is to compensate him for complaints he made about pre-trial arrest conditions.

19 Russian athletes have been cleared to compete in London next month at the biannual world championships under a neutral flag, provided they comply with instructions not to display any tattoos, flags, or even ringtones that associate them with Russia. Kremlin spokesman Dmitry Peskov says a meeting between Donald Trump’s son-in-law and the chairman of Vneshekonombank  neither received nor required Kremlin authorisation.