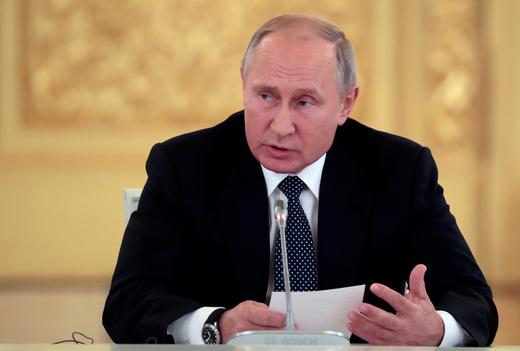 The Saudi Public Investment Fund will become a new partner in Russia’s joint investment fund with China, contributing $500 million to what will now be the $2.5 billion Russian-Chinese-Saudi investment fund. Russian Railways is preparing its bid for a railway construction project in Saudi Arabia. The Saudi King Salman briefed President Vladimir Putin by telephone on the investigation into the murder of journalist Jamal Khashoggi. Italian Prime Minister Giuseppe Conte spoke favorably about his “fruitful” meeting with Vladimir Putin, noting economic cooperation across a number of sectors; Conte’s deputy denied rumors that Italy had asked Moscow to support its debt. The US will attempt to block Russia’s bid to schedule a vote at the United Nations General Assembly on preserving the Intermediate-Range Nuclear Forces Treaty (INF). Former Soviet Union President Mikhail Gorbachev writes on the dissolution of the treaty which, he says, heralds the start of a new arms race.

Ivan Zhdanov, the lawyer for Alexei Navalny’s Anticorruption Foundation, was detained in a Moscow metro station yesterday. Olga Shalina, an activist with Other Russia, made a striking protest against prison abuse by cutting open her own arm during a demonstration in Moscow. State Duma deputy Vitaly Milonov, the author of Russia’s “gay propaganda” law, harangued attendees at the opening of Moscow’s LGBT film festival. The European Parliament has awarded the Sakharov prize to Oleg Sentsov, in an expression of solidarity for the Ukrainian filmmaker who is in Russian jail. One of the Kremlin’s key propagandists, Dmitry Kiselyov, has proposed the creation “a new ethics system” by limiting the range of freedom of speech, calling on academics to set new parameters via “scientific discussion”.

Sberbank and Yandex are joining forces on a $1 billion joint venture to create a new online marketplace called Beru which they envision as Russia’s answer to Amazon; it already faces competition from AliExpress, a joint venture between China’s Alibaba and Yandex rival Mail.ru. The suspicion and skepticism faced by an entrepreneur who started a charity to help homeless people “is typical of the suspicions voiced by many Russians about social enterprise“, Reuters reports. 1,500 people gathered for clean-up operations in Krasnodar after heavy rains and floods decimated towns in the region and killed at least six people.

PHOTO: Russian President Vladimir Putin speaks during a meeting with Italian businessmen at the Kremlin in Moscow, Russia October 24, 2018. (POOL via Reuters)