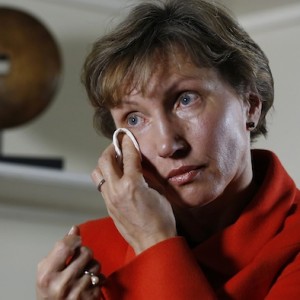 For the first time in ten years, Russia’s sovereign credit rating has been slashed to below investment grade with a negative outlook by ratings agency Standard & Poor’s, on the basis of the nation’s ‘reduced flexibility to cut interest rates and a weakening of the financial system‘.  The cut, which the Guardian says effectively marks a descent into junk territory, was largely anticipated by market participants.  In evidence of the strains on the system, midsize lender SB Bank has stated, without explanation, that its clients will be unable to withdraw money.  CEO of VTB bank Andrei Kostin has warned that an attempt to lock Russia out of the Swift banking payment system would be tantamount to ‘war‘.  As food prices rise, low income consumers should be offered vouchers for bread, says an agricultural lobby.  The decrease in citizens’ disposable incomes seems likely to result in reduced spending on food, says a Moody’s analyst.  Major infrastructure projects will fall victim to governmental budgetary constraints, whilst the country remains committed to defence spending.

Poland and Lithuania are among the EU members hoping to see sanctions against Russia steepened after a wave of violence in Ukraine, though Germany is reportedly taking a ‘more cautious line‘.  Kremlin spokesman Dmitry Peskov has responded with criticism of states ‘blackmailing Russia economically‘.  Analysts predict that Putin will attempt to woo leftist EU-weary party Syriza, the victors of the Greek election, but will it be successful?  Putin’s description of the Ukrainian Army as ‘NATO’s foreign legion‘ has been rebuffed by NATO Secretary-General Jens Stoltenberg as ‘nonsense’.  In evidence of the President’s commitment to family values, Russia’s antitrust regulator is fining Google $1,521 for advertising abortion clinics.

Three Russians who have been charged by the U.S. with espionage were reportedly looking for information tied to the New York Stock Exchange and U.S. economic sanctions.  In one of several reports ridiculing the agents’ techniques, they are described as ‘more Elmore Leonard stumblebums than Ian Fleming supermen’.  A ten-week long public inquiry into the death of former FSB agent Alexander Litvinenko, who died of radiation poisoning in London in 2006 starts today.  The inquiry’s chairman, Sir Robert Owen, has stated there is a ‘prima facie’ case against the Russian state and its operatives.