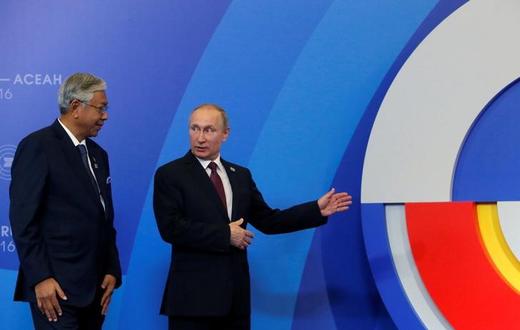 TODAY: Peskov says more Council meetings will be needed before new policies can be made; Gazprom to export record amounts to Europe; renewal of EU anti-Russia sanctions to go ahead, despite some dissent; Russia blocks UN accreditation for CPJ; Culture Ministry will reserve grants for anti-terror films; Sharapova makes it onto Olympic list.

Kremlin spokesman Dmitry Peskov spoke up about the Economic Council meeting earlier this week, saying only that President Vladimir Putin was ‘satisfied’ with the discussion, and that it will take more than one meeting to start making concrete decisions about new policy.  Putin’s popularity rating is at its lowest level in two years, though still remains a massive 80%.  Germany’s Foreign Minister says growing opposition to anti-Russia sanctions in the EU will make it difficult to renew the current agreement when it expires at the end of July, but Chancellor Angela Merkel says it is too early to discuss lifting them; EU Council Head Donald Tusk says he is ‘quite sure’ that they will be extended.  Vnesheconombank will need $2.3 billion in government support next year (the same figure it needed this year).  A Kremlin adviser is recommending that the planned sale of a 19.5% stake in Rosneft should go to strategic investors and not the open market.  The ruble has reached a five-month high. Gazprom will export a record amount of gas to Europe this year, as low gas prices make it more appealing to European customers.  Rosneft will sign a new oil supply deal with Greece.

Russia was one of the few in ‘a small group of countries with poor press freedom records’ that blocked the Committee to Protect Journalists from getting United Nations accreditation.  Independent election monitor Golos is accusing NTV journalists of wiretapping its phones and leaking details of its meetings to the Kremlin.  The Russian Culture Ministry says it will look more favorably on requests for film-making grants if the films involve the promotion of ‘traditional values’ or portray ‘heroes fighting crime, terrorism and extremism’.  Estonia is calling for NATO to station patriot missiles in the Baltics to deter Russia, amid concerns that the four battalions it is already planning to station in eastern Europe will not be enough.

Tennis star Maria Sharapova made it onto the provisional Olympics team list despite her current suspension for the banned substance meldonium.  The New York Times writes of Russia’s ‘psychological trap in turning recognition into a cult’.  The ‘Putin is a D*******’ gang are still at large.

PHOTO: Russian President Vladimir Putin (R) shows way to Myanmar’s President Htin Kyaw during a welcoming ceremony for heads of the delegations at the Russia-ASEAN summit in Sochi, Russia, May 20, 2016. REUTERS/Sergei Karpukhin