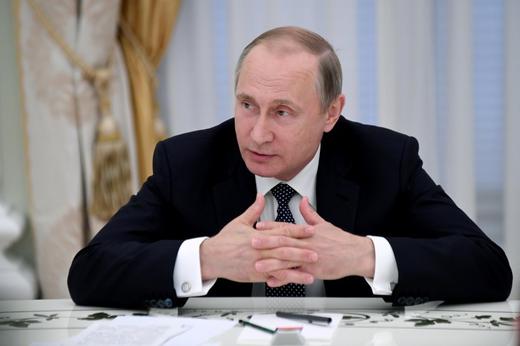 Turkey and Russia are planning to accelerate their efforts to repair diplomatic relations following the failed coup against Recep Erdogan, for which Russia supplied Turkey with ‘unconditional support’; Erdogan and Putin are planning to meet next month in St Petersburg, for the first time in almost a year. The head of Russia’s Council on Foreign Policy says that ‘Moscow’s first priority is the Eurasian [read: anti-Western] community, and Turkey is a big player.’  Talks have also been renewed regarding the resumption of the TurkStream pipeline from Russia to Turkey; it is unlikely that the current embargo on Turkish food imports is to be lifted in the next month, however.  A new study from the Atlantic Council claims that Russia could invade Poland ‘overnight’ and easily overwhelm its NATO allies thanks to plans that are already in place.  The FT sums up Vladimir Putin’s policy strategy as ‘all defence and no offence, bringing stability but not growth’. Despite earlier reports that it would be excluded from involvement, the FT says Rosneft is in fact a leading contender in the sale of a controlling stake in Bashneft. Such an acquisition ‘would further consolidate the Russian oil sector under the control of Igor Sechin.’

More than 100 athletes from Russia’s Olympic team have been banned thus far from competing at the Rio Olympics, including 5 canoeists and 22 rowers.  The International Judo Federation will allow the Russian judo squad to participate in the Olympics.  The Guardian reports that several international sports federations are worried about being sued if they block anyone from competing who has not been sanctioned for  An Investigative Committee raid of the home of the Federal Customs Service chief, Andrei Belyaninov, apparently uncovered large sums of cash in several currencies.  Relatives of murdered opposition politician Boris Nemtsov are seeking to have his case reclassified as ‘political’, which carries a longer sentence. ‘Refusal to reclassify the case shows that the authorities don’t wish to highlight that Boris Nemtsov was a social and political activist.’

Kremlin spokesman Dmitry Peskov says efforts to link Russia to the US Democratic National Committee email leak are ‘paranoid’ attempts to play ‘the Russia card’.  It is unlikely to be clear as to who was behind the leak until the FBI releases the findings of its investigations in November, but WikiLeaks founder Julian Assange says there is no evidence pointing to Russia, and that the DNC servers ‘have been rife for hacking for years’.