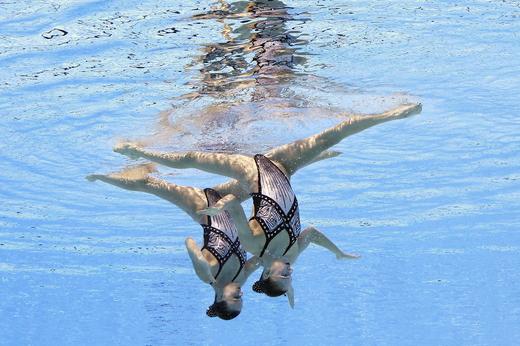 TODAY: Kremlin will not officially respond to new US sanctions until they are official, but Duma members are slamming them; Germany especially concerned about effects on itself and EU more broadly; EU to introduce new Russia sanctions over Siemens turbines; Navalny’s chief of staff charged over poster images; Bolotnaya Square protester released 5 years later; Medvedev comments on Saakashvili losing Ukrainian citizenship.

The Kremlin will not discuss its possible responses to new US sanctions until they have been officially signed into law, but spokesman Dmitry Peskov called the move “an extremely unfriendly act”, and top officials have slammed the new sanctions. One Duma speaker denied that the situation was a disaster, but did say it would likely not lead to the creation of any new reasons for building relations with the US. France says new US sanctions appear to be at odds with international law. With major European projects including Nord Stream 2 at risk, Germany is concerned about what it sees in the sanctions – “a US claim to extraterritorial rights over the European energy market”, and believes that they will hurt Germany’s energy security and favour US firms. EU leaders are introducing sanctions against 4 Russians and 3 legal entities over the Siemens turbines scandal, but the European Commission will not fine Siemens over the incident. The extension of sanctions is supposedly thanks to a push by Germany.

The coordinator of opposition leader Alexei Navalny’s staff in Volgograd has been charged with the desecration of military symbols, after distributing posters bearing images of a Soviet-era monument. Dmitry Ishevsky, who was imprisoned (along with roughly 20 others) in 2012 for taking part in the Bolotnaya Square protests, has been released. RFE/RL wonders whether Vladislav Surkov’s hand is behind the “Little Russia” project, given that he has been the only official thus far to endorse the suggestion, and given, more importantly, that Russia has had “a longstanding strategic goal to take back all of Ukraine”. Rosneft head Igor Sechin denies that his company’s $3 billion lawsuit against Sistema has negatively impacted the investment climate in Russia, but the market has fallen 14% since the lawsuit was served; the FT says this is because “many saw signs of a personal vendetta in Rosneft’s demand, which dragged up uncomfortable memories of previous seizures of private property by powerful individuals with political support”.

Prime Minister Dmitry Medvedev described Ukraine’s move to deprive former Georgian President Mikhail Saakashvili of his citizenship as a “fantastic tragicomedy”. A pair of Russian comedians pranked the US Energy Secretary. A full circle rainbow was caught on video in St. Petersburg.