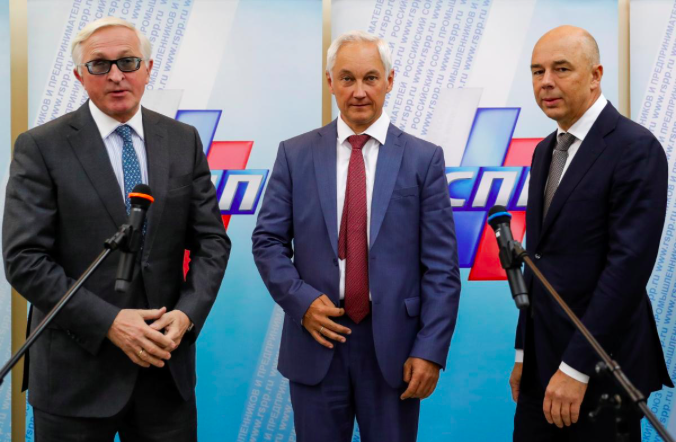 Kremlin aide Andrei Belousov, who proposed a windfall tax on metals and mining firms to garner an extra $7.5 billion for the Kremlin annually, which garnered broad objections, is now saying that firms should instead be made to invest in infrastructure, environmental projects, and new technologies. Bloomberg spoke to sociologist Olga Kryshtanovskaya about the transfer of power when Vladimir Putin eventually steps down; she says that Russia’s ruling clans (headed by Igor Sechin, Sergei Chemezov, Sergei Ivanov, and Nikolai Patrushev) will contribute towards the decision, and predicting that Putin will hold a legitimate position in the government in the early years of his successor’s power to aid a smooth transition. Leonid Bershidsky argues that although US sanctions on Russia are “a nuisance on several levels”, any more stringent measures will be avoided because they would have too dramatic an effect on economies other than Russia’s, and negatively affect the US giants operating in Russia. Despite the absence of any Central Bank moves, with inflation on the rise, commercial banks are increasing interest rates for the first time in 4 years.

Opposition leader Alexei Navalny, who called for widespread protests to be held next month against the widely unpopular Kremlin plan to reform pension age, has been detained for unclear reasons. He seems to have been injured during his arrest, and taken to hospital with a broken finger. Jailed opposition activist Sergei Udaltsov has been hospitalised for the second time since beginning his hunger strike earlier this month; he was jailed for burning portraits of Russian leaders during a protest against the pension reforms. Three people were detained on Red Square over the weekend for commemorating the 50th anniversary of a protest held there in 1968 against the Soviet-led invasion of Czechoslovakia. Thanks to alleged “more aggressive counterintelligence by Moscow”, US spy agencies are reportedly having trouble garnering any advance information about the upcoming November midterm elections.

A second torture scandal has hit the prison in Yaroslavl following the publication of a second video of guards beating prisoners. The Austrian Foreign Minister Karin Kneissl has defended herself against accusations that her curtsey to Vladimir Putin during a dance at her wedding was anything other than dance protocol.  Non-binary Russians are inventing their own language forms to work around the grammatical constructions of gender.