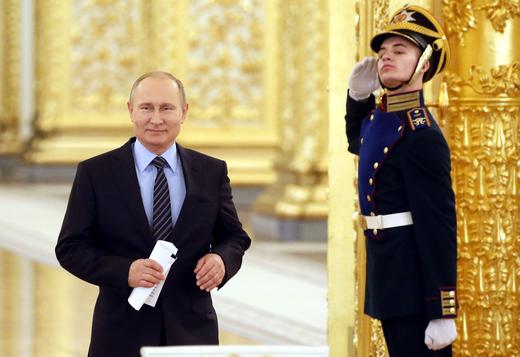 The Central Election Commission has formally put an end to opposition leader Alexei Navalny’s presidential hopes, voting to deny him the right to run, due to his fraud conviction (which was overruled by the European Court of Human Rights). Navalny had successfully garnered 15,000 supporters who gathered over the weekend for the formal nomination of his candidacy in a bid to sway his chances. Navalny responded by alleging that “Vladimir Putin is extremely shaken up. He’s afraid of competing with me,” and calling for a boycott of next year’s elections, which was countered by “spoiler” candidate Ksenia Sobchak, who insisted that “elections are still the only way to change anything. Boycotting them is inefficient and harmful.” Russia rejected criticism on the decision from the EU, who said the decision to bar Navalny “casts a serious doubt on political pluralism in Russia and the prospect of democratic elections next year”. Following the ban, at an All Russia People’s Front gala packed with celebrities and well-known Russian figures, President Putin was nominated for re-election. The A Just Russia party also said that it would forego nominating its own party candidate in order to support Putin’s candidature.

Foreign investors withdrew almost $1 billion from Russia’s economy this year, a higher than usual number due to US sanctions. The Kremlin is seeking to set up “a comfortable environment” for those who bring their capital back to the country, and may scrap the 13% profit tax and withhold the usual penalties on such returns. President Vladimir Putin is urging wealthy Russian to repatriate some of their estimated $1 trillion overseas assets, warning that they could be at risk from additional US sanctions (aka “brutal infringements”). Russia has no plans to alter business taxes next year. Finance Minister Anton Siluanov says the Reserve Fund will be fully depleted (of around $26 billion) by the end of this year.

A settlement between Rosneft and Sistema has been approved by a Russian court, thereby ending their dispute over Bashneft. Foreign Minister Sergei Lavrov has ruled out adding further military bases abroad for now, despite its overall increase in military presence.  Yandex has bought local food delivery firm Foodfox, expanding its tie-up with Uber.  Vitaly Mutko will suspend his work at the Russian Football Union for six months.

PHOTO: Russian President Vladimir Putin arrives for a meeting of the Presidential Council for Culture and Art at the Kremlin in Moscow, Dec 25, 2017.