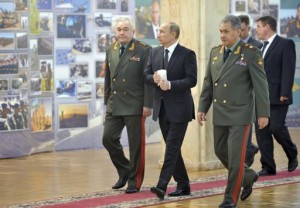 The Investigative Committee says that anti-corruption activist and opposition leader Alexei Navalny is not a real lawyer, and fraudulently obtained his legal credentials (Navalny promptly denied the accusation).  Alexander Lebedev dropped Navalny from a list of nominees for the board of Aeroflot, recommending instead his own 15-month-old son.  Following Foreign Minister Sergei Lavrov’s meeting with new U.S. Secretary of State John Kerry, Russian media apparently ‘savoured’ a declaration by the latter about Americans having ‘the right to be stupid’ – seemingly an attempt by Kerry to explain the mechanics of free speech.  Chris Smith, a prominent U.S. congressman, says that Moscow’s decision to deny him a visa to visit Russia is a retaliative measure for America’s Magnitsky List.  A lawyer for the Shatto family says that their adopted Russian son Max had self-inflicted injuries and an emotional disturbance before his death. The Moscow Times writes about Andrei Zayakin, who originally uncovered Vladimir Pekhtin’s undeclared $2 million home in Miami, and discusses the fallout from the Pekhtin affair. ‘I believe that 100,000 activists sitting in front of their PCs will be able to replace the regime faster than 100,000 activists waving banners on the streets,’ Zayakin is quoted as saying.

President Vladimir Putin called on top military leadership to ‘drastically upgrade’ Russia’s military capabilities in the coming years in response to ‘systematic attempts to undermine the strategic balance.’  The Chelyabinsk meteor explosion changed residents ‘perceptions of life’, according to a poll by Moscow-based research group.  Rosneft and Gazprom are nearing ‘landmark deals’ with China.  A Moscow court is to begin a review of a criminal case against four men suspected of attacking Khimki forest activist Konstantin Fetisov.  The return of Georgian wine to the Russian market ‘will save Georgia’, according to a minister.  Forbes looks at Russian emigration to the U.S. in recent years and the ‘myth’ that there has been a brain drain.

A coroner has ruled that secret government files on the murder of Russian spy Alexander Litvinenko will be examined in private on grounds that they compromise national security; in response, the spy’s wife Marina says she trusts the coroner’s decision.  Brian Whitmore considers what’s in store for Russia’s impending ‘complete reset’.  A bison’s death by suspected poisoning at the Prioksko-Terrasny reserve has led to accusations of corruption among the park’s staff.