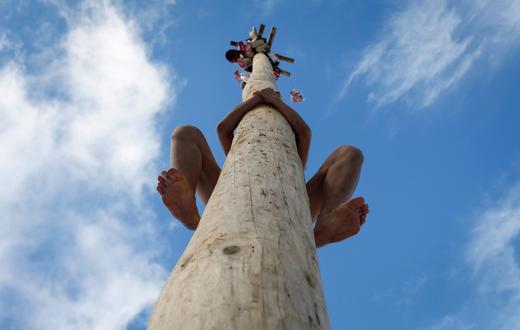 Following his release, activist Ildar Dadin has spoken about his time in prison, saying he was ‘broken’ by the physical abuse he endured.  Six activists were reportedly detained following the Boris Nemtsov memorial march over the weekend.  The New York Times names Duma deputy Dmitry Gudkov among the most prominent figures of the current configuration of the Russian opposition which, it says, has been left in tatters by Nemtsov’s murder.  An attempt to screen a documentary about Nemstov in Saratov was thwarted yesterday by a suspicious power outage.  Vitaly Churkin, the Russian ambassador to the United Nations, who died last week, was the sixth Russian diplomat to die unexpectedly since November, sparking rumblings of a conspiracy theory.  The brother of anti-corruption activist and opposition figure Alexei Navalny has been refused parole for the second time.

Prime Minister Dmitry Medvedev says it is important that Russia not rely on any external support to achieve its goals, especially given that it no longer has any.  The pacific nation of Kiribati has rejected a proposal to construct an ‘alternative Russia’ on three of its unoccupied islands.  The Finnish Foreign Minister says Russia and Finland have constructive dialogue and are facing currently no significant diplomatic problems.  Russia is proposing the creation of an OPEC-like organisation for the global aluminium industry, to promote single policy principles.

The Trump administration has confirmed its choice of Wilbur Ross for commerce secretary, despite questions about his allegedly ‘extensive ties’ with Russian oligarchs.  The White House is being accused of withholding information about loans to Donald Trump from a bank part-owned by an ally of Vladimir Putin, at which Ross was the vice-chairman.  Former U.S. President George W. Bush says ‘we all need answers’ regarding the extent of contact between the Trump administration and the Russian government.

PHOTO: A man climbs up a wooden pole to get a prize during celebration of Maslenitsa, or Pancake Week, a pagan holiday marking the end of winter, near Rumyantsevo, Moscow region, Russia, February 26, 2017. (Photo by Sergei Karpukhin/Reuters)