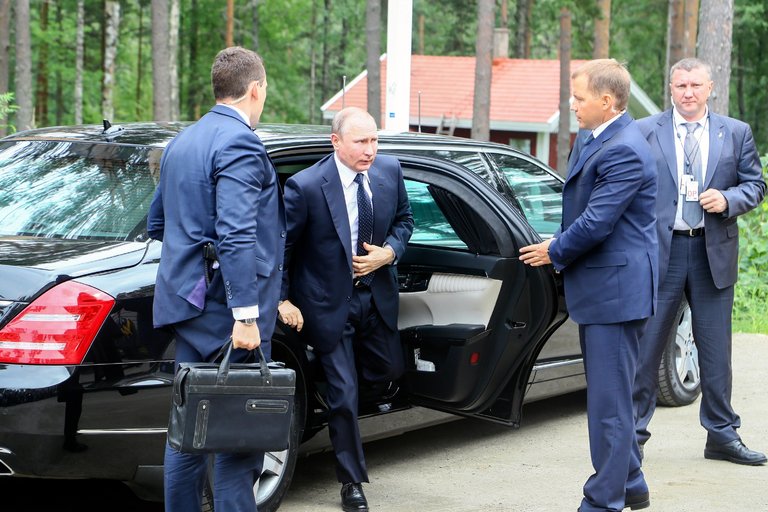 The US Senate voted overwhelmingly (98-2) to impose new sanctions against Russia, although President Trump still has the power to veto the bill. President Vladimir Putin, who is in Finland, denounced the plans as “illegal” and “insolent” said Russia does not have time for “this boorishness”, and vowed to respond. He said that the vote implies “aggravating circumstances and special cynicism”. Putin has appointed a new Russian Ambassador to the United Nations – veteran diplomat Vasily Nebeznya, who was deputy foreign minister for the past four years; he marked his appointment by saying he looks forward to the dissipation of many issues “for which they are trying to nail Russia to the pillar of shame”. During his Finland visit, during talks with Finnish President Saudi Niinisto, Putin said Russia is ready to cooperate with non-NATO countries along the Baltic Sea, such as Finland. He then tried to reassure that joint military exercises with China in the Baltic Sea which ended this week are not aimed at any particular third party. “The cooperation of Russia and China, in its totality including the military component, is one of the most important elements of security and stability in the world,” he said. Putin also signed a law that will allow Russia to keep its air base in Syria for another half-century.

Russian intelligence agents apparently attempted to spy on French President Emmanuel Macron’s election campaign using fake Facebook pages, according to an exclusive from Reuters. The Prosecutor General’s Office has approved an indictment against Aleksei Ulyukayev, the former minister of economic development, for bribery and corruption, and sent his case to court; he is still under house arrest. Internet giant Yandex could face a fine for advertising itself as “the number one search engine in Russia” in contravention of anti-monopoly legislation. Former NATO head Anders Fogh Rasmussen writes in the FT about the Minsk Agreement and Russia’s ongoing military action in eastern Ukraine, describing it as part of a Russian “cold war of attrition” against the West. An increasing number of rich Russians are declaring foreign assets this year.

The postponed Rudolf Nureyev ballet may be allowed to premiere this year after all thanks to an intervention from billionaire Roman Abramovich.