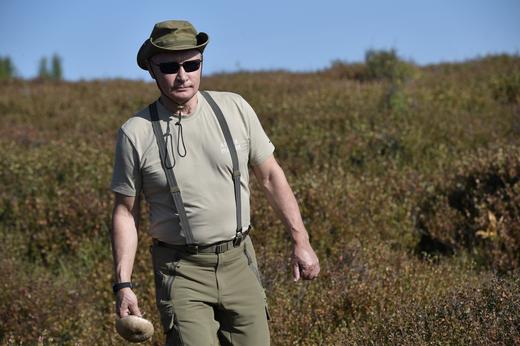 New US sanctions came into effect yesterday; Foreign Ministry Spokeswoman Maria Zakharova said they are aimed at eroding arms control and non-proliferation, and the Russian Embassy in Washington said that the “illegitimate one-sided measures” bring the US closer to the point of no return regarding resolving bilateral relations. The Kremlin says it will take time assessing their impact before considering its response. It is already preemptively preparing response measures to protect its sovereign debt. Following the death of US Senator John McCain, Vladimir Kara-Murza writes of McCain’s support of Boris Nemtsov and the Open Russia movement, and counters journalists’ descriptions of McCain as “an enemy of Russia”, positing him instead as “an enemy of those who have turned Russia into an autocracy (and looting ground) at home, and into an instrument of aggression abroad.” This piece praises “the clarity of McCain’s stance on Russia” and claims that “he kept Putin on his toes”. Parents are concerned about Orthodox missionary activity happening in children’s summer camps, possibly without their consent. The Interior Ministry’s new measure to reward informants who help police to solve crimes has come into force.

Western powers are asking Russia to prevent a further humanitarian crisis in Syria’s Idlib, which is currently under air strikes. Russia and Europe are disagreeing over the status of Syrian refugees; the EU does not believe the country is safe for their return, but Russia is pushing for refugees to be sent back. Foreign Minister Sergei Lavrov hit back at accusations that Russia is trying to split Europe. Russia agreed to postpone its Afghanistan peace conference following opposition from Kabul. A Levada Centre poll revealed a growing intolerance of foreigners, year-on-year: those in favour of restricting immigration for certain nationalities constitute 64% of the population, still some ways away from 2013’s all-time high of 81%.

Opposition leader Alexei Navalny has been jailed for thirty days following his arrest for violating laws against mass gatherings; the sentence means he will not be able to attend next month’s anti-pension reform protests that he organised. Meanwhile Navalny’s political party registration attempts continue to fail. President Vladimir Putin’s latest holiday snaps are out, complete with coordinated hiking outfits. Leonid Bershidsky contemplates the possible failure of the hunger strike of jailed Ukrainian filmmaker Oleh Sentsov.

PHOTO: Russia’s President Vladimir Putin is seen during his vacation in Sayano-Shushensky nature reserve in the Republic of Tyva, August 27, 2018 (SPUTNIK)