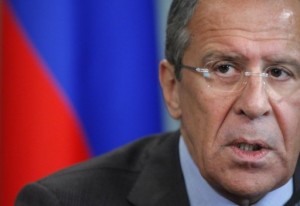 Foreign Minister Sergei Lavrov denies that Russia will push for the Syrian president to cede power, continuing Russia’s long-standing line that Bashar Assad’s ‘fate should be decided by the Syrians themselves’.  The U.S., Britain and France have rejected the changes Russia proposed for Kofi Annan’s Syrian national unity government plan.  Lavrov will meet with U.S. Secretary of State Hillary Clinton later today ahead of a weekend conference aimed at using Annan’s plan to ending Syrian violence; Clinton said it was very clear that those invited to the conference were on board with Annan’s plan, despite Lavrov’s contrary comments. Russian denies that it has had any hand in Turkey’s deployment of 30 ‘precautionary’ military vehicles along its border with Syria.

Two opposition legislators are accusing law enforcement officials of harassment after coming under pressure, separately, over unrelated issues.  Opposition leader Gennady Gudkov said he had been forced to sell his private security company for less than it was worth due to Kremlin pressure.  Igor Yurgens talks to the LA Times about his decision to leave the Presidential Council on Civic Society and Human Rights.  Sergei Udaltsov has been summoned for questioning in response to allegations that he threatened the grandmother of the student he was previously accused of striking. ‘The circus continues,’ he commented.  The Russian football association has been fined over racist incidents.

Patriarch Kirill, the head of the Orthodox Christian Church, says that Russia would crumble without its guidance.  Kirill says he will not reveal his thoughts on Pussy Riot until the court has made its ruling on their charges.  A group of musicians held a benefit concert in New York to raise funds for Pussy Riot’s legal defense team.  An activist who posted an online article about the church’s alleged real estate interests in Karelia has been spared from being sent to a psychiatric hospital, after the Supreme Court overturned a lower court’s order.  Clients of prostitutes in Belgorod are to face considerable fines and ‘public shaming’.