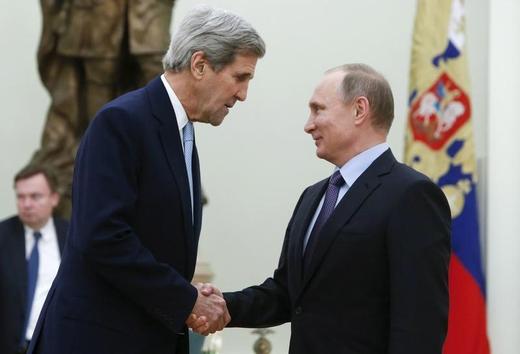 Russia and the US are blaming each other, in contradictory accounts, following incidents in the Mediterranean involving a US destroyer and a Russian warship.  Russia’s Defence Ministry says the US ship’s actions demonstrated American sailors’ disdain for ‘basic principles of safety’.  Following consultations, the US has authorised a Russian surveillance jet to overfly US territory as part of an international treaty, despite concerns that Russia’s advanced camera technology would make the flight more intrusive than is safe.  Foreign Ministry spokeswoman Maria Zakharova has lashed out at former US envoy Michael McFaul for ‘professional incompetence’, and complained of US pressure on Russian diplomats; McFaul says he is ‘flattered’ by her attention.  The Central Bank is not anticipating any negative fallout for Russia from Britain’s vote to leave the European Union.  Could Britain’s pave the way for a possible Russian entry? Fortune says it is ‘far more likely to occur now with the UK out of the picture.’  Russia’s top mobile phone companies are speaking out against new amendments to anti-terror legislation as ‘technically and economically impractical’.

In response to this week’s letter of apology from Turkish President Recep Tayyip Erdogan, the Kremlin says that it will take time for relations between Russia and Turkey to be mended.  Doubts exist as to whether Erdogan’s letter actually contained an apology, although linguist (‘Turcologist’) and Kremlin spokesman Dmitry Peskov assures us that from Russia’s standpoint, it did.  Sorry or not, Ankara will not pay compensation for shooting down the Russian bomber last year.  Erdogan and President Vladimir Putin will speak by telephone later today.  Turkey’s need to mend ties is driven by increasingly bad relationships with Europe and the US, says the Guardian.  Russia’s tourism to Turkey was down a whopping 90% as of last month, year on year.

A criminal case has been opened against the Zhenshchiny Dona foundation, an NGO that defends children’s rights, over accusations that it is not compliant with the law against ‘foreign agents’.  A busking musician was detained by Moscow police last week for ‘organising an unauthorised mass event’.  The Russian Culture Minister thinks Netflix is being used by the US government to infiltrate the minds of people all over the world.