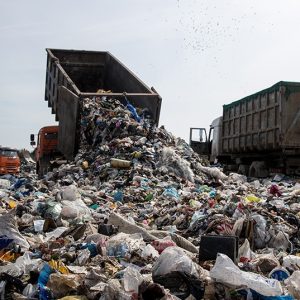 The meeting is set for July 15, the location, Helsinki, but beyond that many question marks remains over what will occur at the Trump-Putin summit. What is anticipated is that it will irk Trump critics who are suspicious of the President’s overtures towards Russia and countries like Britain, which have sought to isolate Putin, will be perturbed by the way in which the summit will undercut their position. The Baltic states and Poland are today set to sign a deal, long in the making, to connect their power grids to the European Union grid by 2025 thus definitively severing their energy relationship with Russia. Punitive sanctions against Russia are set to remain in place according to an agreement made among European Union leaders – and the hostility works both ways – the bloc’s annual report has found that Russia has imposed more trade barriers against it than any other country in the world.

The expansion of the Organisation for the Prohibition of Chemical Weapons’s mandate (which, Deputy Foreign Minister Sergei Ryabkov says, Moscow does not recognize) will have a negative impact on discussions surrounding Syria, says the Russian Ambassador to the UN. RT France, the French outlet of Russia’s state-run broadcaster, has come up against the French media watch dog over “failures of honesty, rigor of information, and diversity of points of view” in the way it depicted an alleged chemical-weapons attack in Syria.

A resolution by the Supreme Court to provide guidance for administrative cases concerning freedom of assembly, which could protect those holding peaceful protests, has been welcomed by Amnesty International, all the while asserting it must be implemented to be effective. The head of the Memorial human rights group in Karelia, Yury Dmitriev, who is also a historian focusing on mass killings from the Stalin era, has been targeted once more by investigators who accuse him of child pornography offenses, accusations which his supporters believe to be trumped up. After 3 1/2 years behind bars in the so-called Yves Rocher case, Oleg Navalny, the younger brother of opposition leader Alexei Navalny, has been freed. Russia’s 11,000 toxic landfills have the potential to affect the health of 17 million Russians, officials have warned.