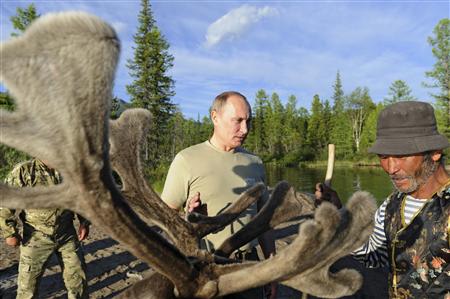 Two Duma lawmakers want to launch a criminal case against gay rights activist Nikolai Alexeyev for posting remarks about them on his Twitter account in connection with their roles in promoting new anti-gay legislation.  The Kremlin has apparently assured the International Olympic Committee that athletes and spectators at Sochi’s 2014 Winter Olympics will not be affected by the laws banning ‘homosexual propaganda’, after a number of sources called for travelers to boycott the Olympics over Russia’s stance on gay rights.  The NBC says that it believes that there will not be any issues arising during the Olympics as a result of the new laws, and that it will not discuss them during the games unless problems occur.  British gay bars have joined the North American boycott of Russian vodka; the boycott has already elicited an open letter of support to the LGBT community from the Stolichnaya brand.  Last week’s revelations about online baiting and bullying of young gay men shows that opposition to Russia’s gay community is social as well as political, and the business community is taking note.  The Duma is aiming to alter current legislation to allow a blockage of all websites – media and blogs included – containing obscene language.  Devices in Moscow’s subway stations will soon be able to read data off of its passengers’ mobile phones.

Alexei Navalny has filed an appeal against his conviction and five-year sentence for embezzlement.  Newly released data indicates that capital inflows to Russia-oriented investment funds slowed almost tenfold in the wake of the Navalny verdict.  This piece by RFE/RL discusses the well-founded accusations of nationalism that have been leveled against Navalny.  President Vladimir Putin was in Kiev over the weekend, where he attempted to sweet-talk Ukrainian leaders in advance of the country’s signing of a landmark deal with the European Union, saying that Russia would ‘respect any choice made by our Ukrainian partners’, but indicating that retribution would be likely to follow.  Putin’s latest PR stunt, in which he kisses a 21kg pike, ‘triggered speculation about what signal it was meant to send’.

Ilya Segalovich, the co-founder of search engine Yandex, has died in hospital in London, aged 48.  The ‘architect’ of Edward Snowden’s Russian asylum application (his lawyer, Anatoly Kucherena) has strong ties to the Kremlin through his work with the FSB.  The Interior Ministry is ‘perplexed’ by Interpol’s refusal to put businessman William Browder on its international search list, and is demanding an explanation.