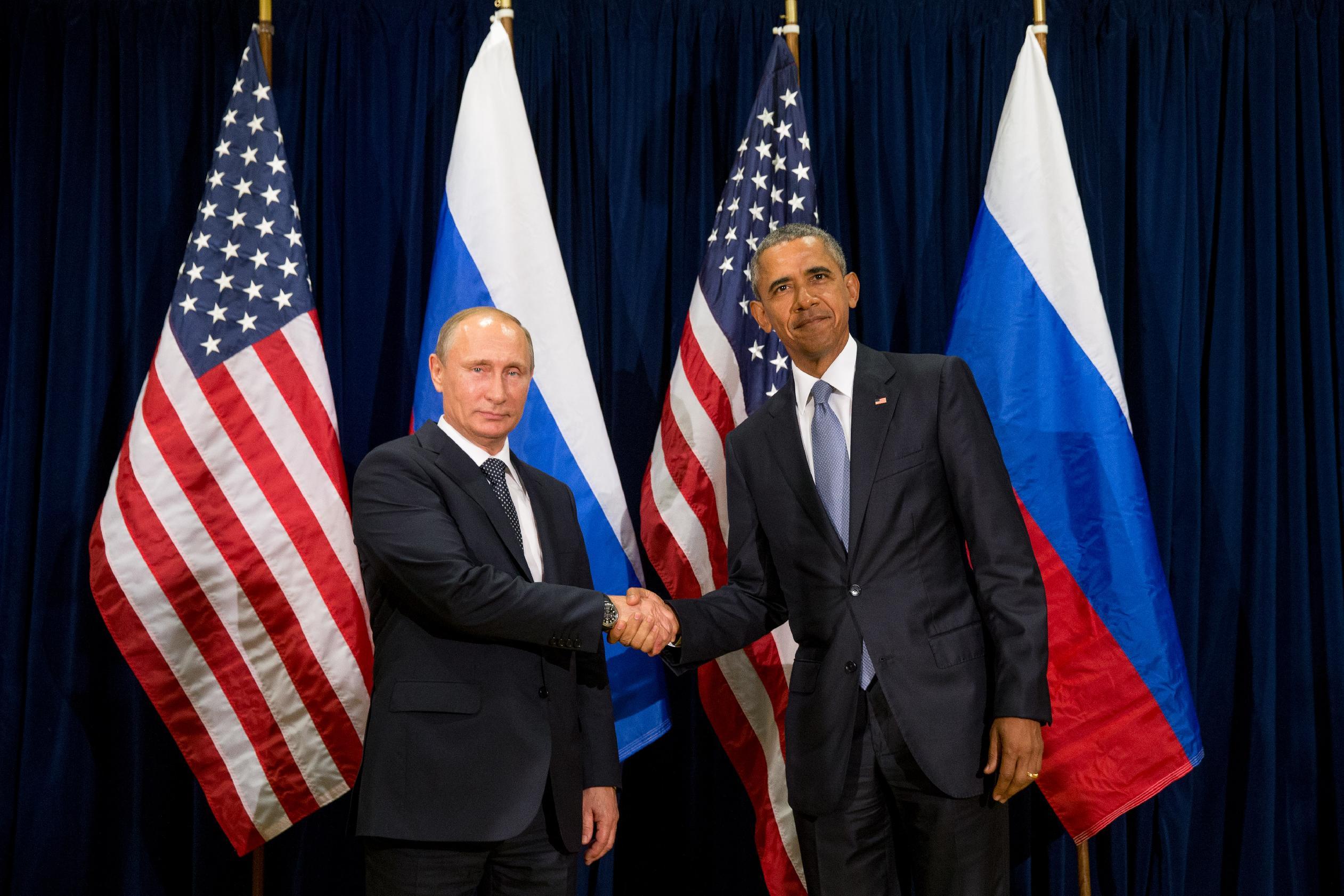 As predicted, President Vladimir Putin’s address at the U.N. General Assembly defended Syrian President Bashar al-Assad’s army for ‘valiantly’ fighting terrorism, and called for ‘a genuinely broad international coalition’ to fight Islamic State in Iraq and Syria. (But would Russia be willing to join forces with the U.S. to achieve peace?, asks the FT.) The Moscow Times live-blogged Putin’s address, in which he also complained about the world’s ‘egotism’; the Guardian notes that he has taken this tack before.  Putin described his U.N. visit as ‘very eventful and very useful’.  Duma speaker Vyacheslav Nikonov says NASA announced its findings of flowing water on Mars yesterday in order to distract the world’s attention away from Putin’s speech; hundreds gathered in New York to protest Putin’s attendance.  After the meeting, Putin met with U.S. President Barack Obama, who used his time in front of the assembly to defend anti-Russia sanctions, sparking reports of a ‘clash’ between their different approaches to Syria and the Middle East. Putin described relations with the U.S. as ‘regretfully at a rather low level’ after Obama criticised Russia’s military presence in Syria, and appealed against a return ‘to the old ways of conflict and coercion’.  A company based in Samara was fined by the Federal Anti-Monopoly Service for posting a racist advertisement depicting Obama.

RFE/RL spoke to Lyudmila Alexeyeva, the 88-year-old human rights campaigner, who was awarded this year’s Vaclav Havel Human Rights Prize by the Council of Europe.  Gazprom is urging the European Commission to continue talks in its antitrust case, after sending a formal state of objections criticising the executive body’s methodology.  Russia’s 2016 budget needs to be submitted by the end of next month, bringing the question of pensions to the forefront of the debate about how it will manage during its current crisis.  Russia has destroyed 738 tons of illegally imported food since August.

A man initially held on suspicion of involvement in the murder of opposition politician Boris Nemtsov has retracted his confession.  An MI6 spy who was found dead in his London home in 2010 was, it has been claimed, was killed by Russia’s foreign intelligence service (SVR) because he refused to become a double agent.