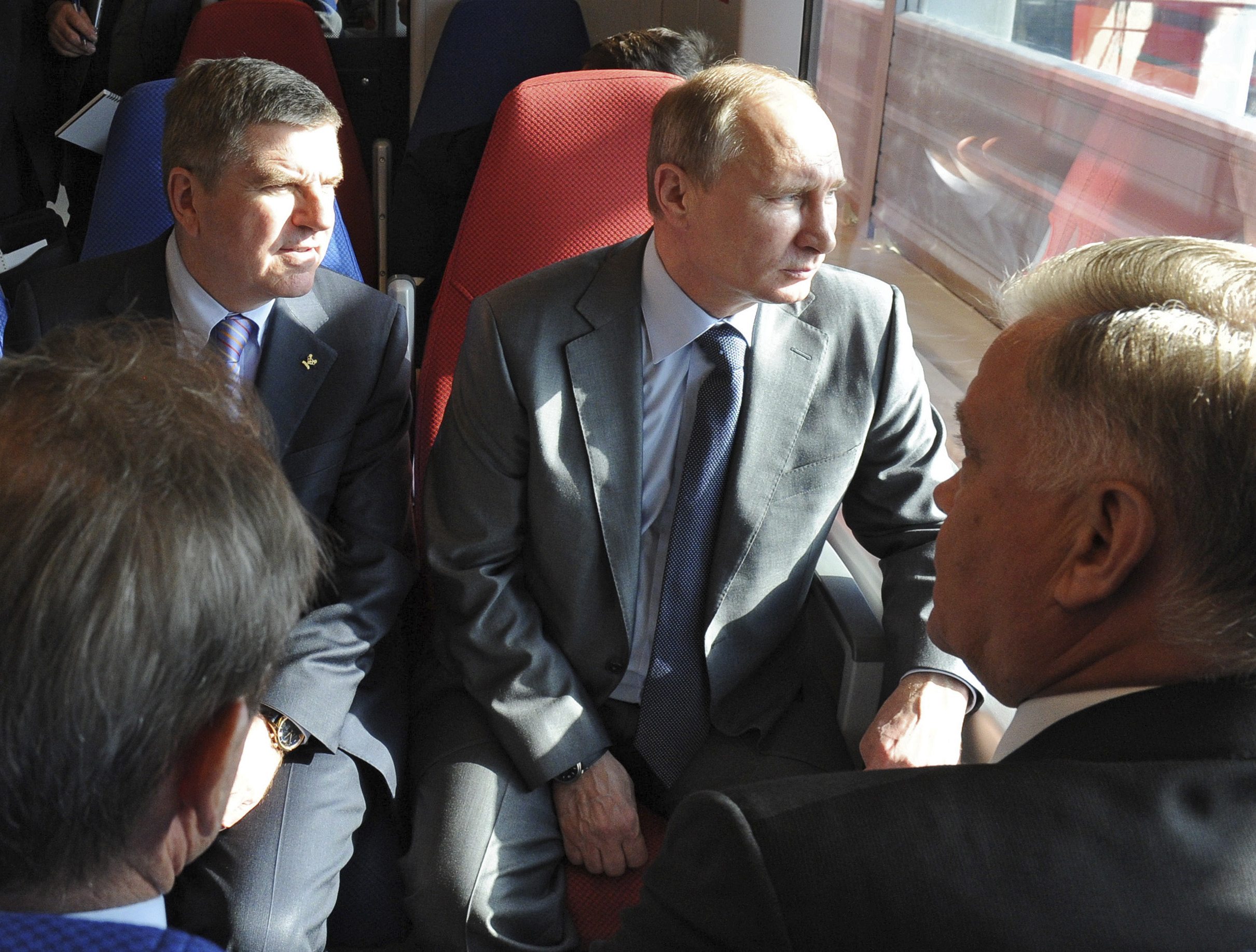 In a bid to defuse tensions in the Russian gay community, President Vladimir Putin says his aim is for all participants and guests of the Olympics to ‘feel comfortable in Sochi, regardless of nationality, race, or sexual orientation’.  The head of the International Olympic Committee praised Russia’s preparation for the Games, expressing full confidence that they ‘will be on a magnificent level’.  The newly elected Georgian President has clearly stated his country’s designs on Europe.  Foreign Minister and ‘manly figure’, Sergei Lavrov, again threatened Ukraine that it would lose its current free trade conditions with Russia, if it makes Russia compete with products from Europe; his Ukrainian counterpart reiterated his country’s intention to sign an association agreement with the E.U. at the end of this month.  And in a further blow to its neighbour, Ukraine’s army appears to be modernising more quickly than Russia’s.  Belarus has extended its criminal investigation into the chief executive of Russia’s potash maker Uralkali, Vladislav Baumgertner.

Fifa wants Russia’s 2018 World Cup leaders to provide assurances that they are taking steps to eradicate racism at football matches: ‘We are dealing now with actual problems’.  According to VTsIOM, more than a third of Russians believe that the Greenpeace protest last month was a plot by foreign intelligence agencies, and almost three quarters disagree with the Greenpeace message in the Arctic.  Masha Gessen says Russia’s belligerence over the Greenpeace activists sends a simple message: ‘There is no court in the world whose authority they recognize.’

Bloomberg ponders why Tinkoff Credit Systems got a better price for its recent IPO than diamond monopoly Alrosa.  The World Bank now considers it easier to do business in Russia than China.