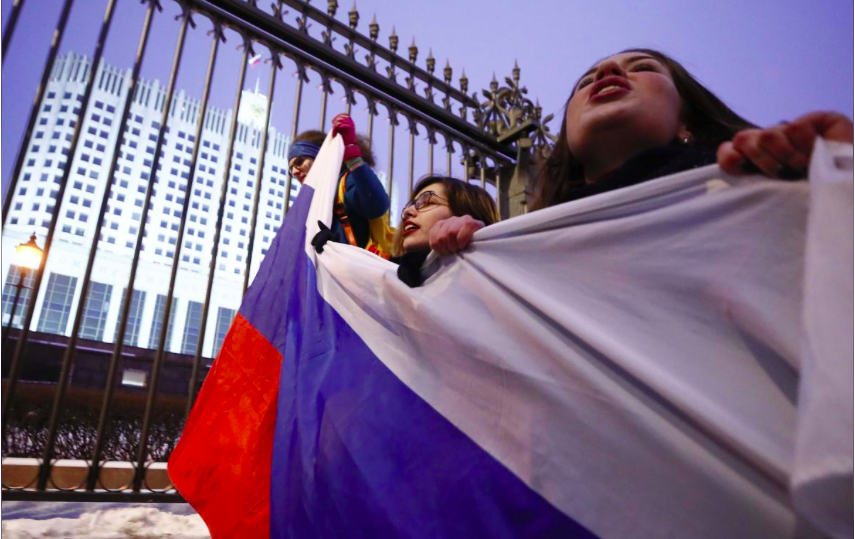 The US Treasury has released its list of 210 names of billionaires and Putin allies that may be used to draw up sanctions at a later date; the list at present is just a means of exerting pressure, although it may nonetheless dissuade financial institutions from doing business with those named. Kremlin spokesman Dmitry Peskov played down the list, saying it “means nothing per se. As you know, this is not another wave of sanctions,” but vowed that Russia would protect its interests where possible; in advance of its publication, he said Moscow views the list as an attempt to influence Russia’s presidential elections; the CIA is also fully expecting Russian interference in the mid-term elections this year. A Russian warplane flew within 2 metres of a US surveillance plane over the Black Sea, forcing the US plane to end its mission prematurely; Moscow says it observed all necessary security precautions during the encounter. The main Syrian opposition groups are boycotting Russia’s 1,600-strong Syria conflict resolution conference in Sochi. Russia’s birth rates have hit their lowest level in a decade.

Weekend protests organised by opposition leader Alexei Navalny were small, but widespread, demonstrating the reach of his rallying power; the Financial Times calls him “tactically astute”, noting that the call for a boycott of the presidential vote is an excellent target of the Kremlin’s weak spot – voter turnout. Mayor Yevgeny Roizman spoke to the Moscow Times on the importance of electoral boycott. The Kremlin says it does not view Navalny as a threat because, at this stage, it is impossible for anyone to compete with the unrivaled Vladimir Putin (Peskov specifically called him “a leader of the political Olympus”, drawing a raised eyebrow from The Independent). A car belonging to a campaign chief for Ksenia Sobchak in Pskov has been torched in a suspected arson attack. What are Russia’s redlines? Foreign Minister Sergei Lavrov says it’s not just Russia’s borders, but those of its neighbours, that its “legitimate interests” extend to. Although Russia is “emphatically against” what Vladimir Putin called “the world domination bandwagon”, as he attended a Holocaust remembrance event.

Oil and gas giant TMK is planning to list its US subsidiary IPSCO in a $600-million IPO. Forbes breaks down the cryptocurrency bill drafted in the State Duma last week. The Kremlin uses hawks and falcons trained in drone interception to protect its Moscow complex.

PHOTO: Supporters of Russian opposition leader Alexei Navalny hold a flag during a rally for a boycott of a March 18 presidential election near the Russian White House, headquarters of the federal government, in Moscow, Russia January 28, 2018. REUTERS/Maxim Shemetov