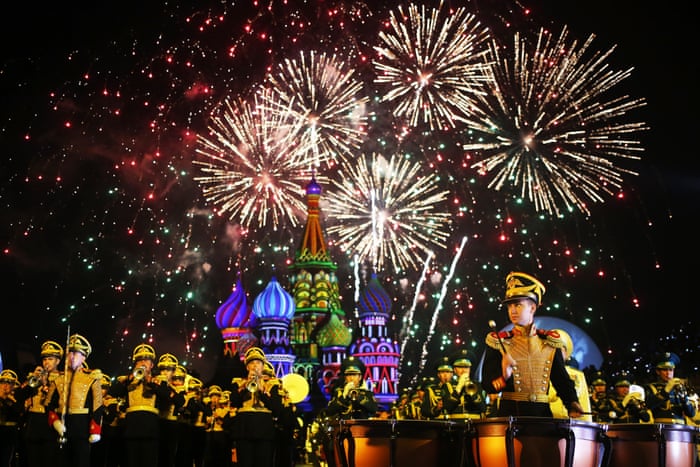 Are Russia’s cyberattacks truly becoming bolder, as US intelligence officials believe?  They are currently alleging that Russian hackers were responsible for two recent attempts to breach state voter registration databases, thereby fuelling the rumours of Russia attempting to influence the outcome of the US presidential elections.  A recent case of some hacked and then doctored documents stolen from the George Soros Foundation are raising the question: ‘Are Vladimir Putin’s operatives planning to dump edited DNC documents on the eve of the presidential election?’  Muscovites are apparently being targeted to vote for United Russia on September 18 in a telephone canvasing campaign.  A Ukrainian religious leader is one of the first to be charged under Russia’s controversial new anti-terrorist laws.  NATO Deputy Secretary-General Alexander Vershbow says Russia is conducting an increasing number of military exercises which are straining its relationship with the alliance.  Vershbow said that, although they do nothing to contribute to ‘mutual trust’, Russia has every right to conduct military exercises without notice.  President Vladimir Putin will not take part in the UN’s General Assembly next month.

The latest misfortune to beset the Russian Paralympics team is that, in addition to being banned from competing in Rio thus summer, they have now also been banned from the 2018 Winter Olympics in Korea, as a result of Russia’s state-sponsored doping program.  This piece says Russia’s reactions to its various Olympics bans this year, in other words, to blame others’ political motives, seem ‘particularly outrageous’, given that systematic doping can be blamed entirely on Vladimir Putin’s ‘greed for medals’.  The New York Times suggests that misinformation is modern Russia’s most powerful weapon, citing Russia Today and Sputnik as two of its major means of distribution.  Sputnik reports on Primorye-1, the $6.5 billion transport corridor that will eventually link the Trans-Siberian railway and the Pacific Ocean.

Igor Sechin, the head of Rosneft, is working on a proposal that would allow the company to buy a controlling stake in Bashneft for $5 billion in cash, leaving a 20% stake open to sale on the market that could help the Kremlin net a total of $16 billion, half of this year’s projected deficit. Bloomberg reports on the Shchukin art collection of hundreds of paintings which will be leaving Russia for the first time in over a century for an exhibition in Paris.

PHOTO: A band marches as fireworks explode above Red Square at the opening of the Spasskaya Tower international military music festival, featuring about 1,500 musicians from 40 countries. (Artyom Geodakyan/Tass via Getty Images)